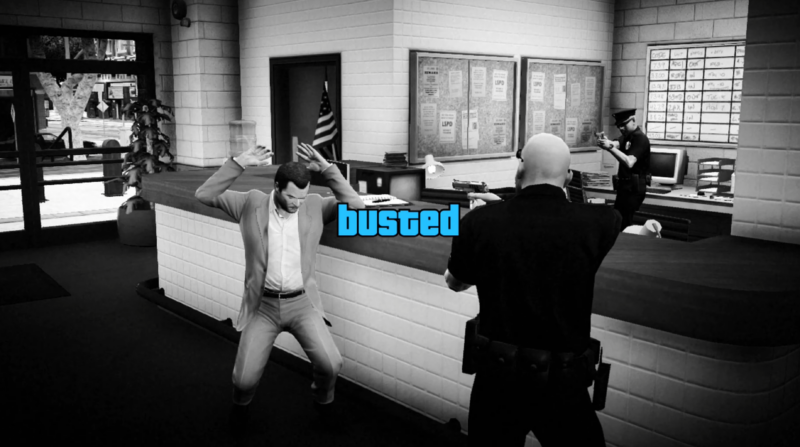 Enlarge / Artist’s rendition of the recent arrest of a 17-year-old hacker in the UK. (credit: Rockstar Games)

A Thursday night arrest of a 17-year-old in the UK may have led to the capture of one of the biggest video game-related leakers in recent history.

London police forces confirmed their apprehension of an Oxford suspect on a social media channel regularly used for police arrest updates, and it clarified the suspect’s age, a vague charge of “suspicion of hacking,” and that the investigation was coordinated with the UK’s National Crime Agency (NCA) and specifically its National Cyber Crime Unit.

That charge was followed hours later by a report from American freelance journalist Matthew Keys alleging that the arrest revolved squarely around the recent theft and distribution of unreleased assets from British video game studio Rockstar North. This report cites “sources” to claim that the FBI was involved in this investigation and that the data seized also included portions of a massive Uber-related breach. Keys’ report, as of press time, has not been corroborated by larger newsrooms in either the US or UK.

Next post Google will start assimilating Fitbit accounts next year