Not many people can share their dream job with their family members. However, one mother and daughter are making history as the first-ever pilot duo for Southwest Airlines. First Officer Keely Petitt took her first flight alongside her mother, Captain Holly Petitt, on Flight 3658 from Denver to St. Louis.

Holly started her career in aviation right after college, beginning as a flight attendant and gradually studying to become a pilot. As a working mom with three kids, Keely watched her mother’s career blossom at Southwest, aided also by the support of her husband. Then, when Keely was 14, she received “the gift of a discovery flight,” which sparked her decision to follow in her mother’s footsteps and become a pilot herself.

“Southwest was always the end goal for me,” Keely says. “There was never really any other option.” After becoming certified, she joined Southwest, and finally made the historic first flight with her mom on July 23. “It’s been a dream come true,” Holly added. “First, I found this career and fell in love with it, and then that one of my kids fell into this and in love with this career too. It’s surreal.”

Not only is it exceptional that this mother and daughter pair can live their dreams together, but it’s also inspiring to see two women shine in a field that is still largely dominated by men.

All images via Southwest Airlines.

Previous post ChromeOS 104 is rolling out with a new dark theme, and automatic transitions 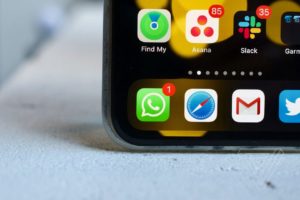