This is it. The moment for President Joe Biden and Congress to challenge the underlying legitimacy of the U.S. Supreme Court and advance an aggressive climate action agenda. There will be no better moment to take this stand for a transformed court, nor a more fateful one. Rep. Alexandria Ocasio-Cortez is right: “We need to reform or do away with the whole thing, for the sake of the planet.”

Over the last few days, we have witnessed a shock-and-awe judicial coup, from stripping people of the right to terminate pregnancies (Dobbs v. Jackson Women’s Health Organization), to weakening the sovereign right of Indigenous tribes to enforce the law on their lands (Oklahoma v. Castro-Huerta), to interfering with the rights of states to regulate the carrying of firearms (New York State Rifle & Pistol Association Inc. v. Bruen), to enabling a return of Christian prayer in public schools (Kennedy v. Bremerton School District).

And now this: a decision that eviscerates the Environmental Protection Agency’s power to regulate a major source of the carbon emissions destabilizing our planet. It represents the culmination, as my colleague Sharon Lerner reports, of decades of “plotting against environmental regulations” by Koch Industries, and as The Lever has reported, this entire court has been shaped by the dark-money-bankrolled Judicial Crisis Network, which is is surely gearing up to toast the bountiful return on their patient investments this July 4 weekend.

History contains crossroads when a single set of decisions can alter the trajectory of a people — or even a planet. The Biden administration’s response to the Supreme Court’s 6-3 EPA ruling, hot on the heels of the other outrageous power grabs, is a moment like that. No juncture offers greater opportunity for courageous, transformational leadership, should such a thing be on offer anywhere in Washington, D.C.

Biden came to office promising an “all of government” approach to the climate crisis. It was a defining issue in the Democratic Party primaries and a winning issue for Biden in the general election. Why? Because voters are now fully engaged with the climate crisis — and they reliably are most engaged in the summer, when our warming world speaks loudest. But last fall, Biden let Sen. Joe Manchin push climate action way down his political agenda — and suddenly we stopped hearing much about it at all. I suppose the smartest guys in the room thought it was starting to smell like defeat. Thanks to great advice like that, Biden managed to demoralize much of his base, and some of his best appointees resigned.

With the court’s EPA ruling, Biden now has a chance to put climate back at the top of the agenda. He should seize it. As Justice Elena Kagan wrote in the dissent, “The court appoints itself — instead of Congress or the expert agency — the decision maker on climate policy.” she wrote. “I cannot think of many things more frightening.” A great many voters, if the stakes are clearly explained and kept top of mind through consistent messaging, will agree.

In fact, no issue gives the Democrats a platform for a more powerful or more unifying message than this Supreme Court ruling — both to radically reform the court and to communicate the dire urgency of the climate crisis and the need for bold policy. Moreover, by using the court’s EPA ruling to finally do more than send out opportunistic fundraising emails — and instead to draw the line and move to transform an obviously out-of-control, extremist court — Biden and the Democrats would be doing precisely what they have never done and which young climate activists have been pleading with them to do for years: Treat the climate emergency like an emergency.

The first rule of an emergency is that you do what it takes to end the emergency and get to safety. You don’t throw up your hands because the task is too hard. You certainly don’t let a gang of unelected, lifetime appointed political operatives — several of whom only have their seats because of trickery and lies — get in your way.

The first rule of an emergency is that you do what it takes to end the emergency and get to safety.

The Democrats’ base would take tremendous heart from seeing this kind of emergency footing response, but it would be most meaningful for young people, many of whom can vote. And those voices should not be discounted. This extremist court has positioned itself as an advocate for youth, children, and the unborn — from abortion to school prayer. Its willingness to light the future on fire for all kids alive today and yet to come puts the lie to this absurd claim. If the Democrats turn the EPA decision into a pivot point, not just for speeches and poems and yoga poses but for decisive action in defense of the future, it would upend the debate.

They should, moreover, connect the dots between the individual rulings and their underlying logic. For several of these justices, their casualness about climate apocalypse is inextricable from their Christian fundamentalist takes on abortion and prayer (and soon, given the chance, gay marriage and trans rights). They aren’t worried about the world burning because they think we are in the End Times and that their faith will protect them (and failing that, that their wealth and their guns will, which is the way Republicans enact the Rapture without divine intervention). Biden should get biblical on these theocrats and call them on flouting the duty to care for all of creation.

The rolling judicial coup coming from this court is by no means over. Next term, the Supreme Court will hear a redistricting case that could well make it far easier to concoct a legal pretense for overriding the popular vote in elections in favor of state-appointed electors — the very thing that Donald Trump attempted but failed to do, because enough people were afraid of ending up in jail. There is no reason to believe a group of people whose very presence on the bench required grotesque abuses of democracy would somehow draw the line at thwarting it. The moment to stop them from getting the chance is right now.

Biden and the Democrats are currently careening toward a wave of defeats. But it’s not too late to get back on track. They have just been handed a winning platform: Use the Supreme Court’s attack on urgent carbon control as a catalyst to build a more meaningful democracy and take transformational climate action at the same time. If they decide to run with it, everybody on this planet wins. If they refuse, they deserve every loss coming their way.

The post The Supreme Court’s Shock-and-Awe Judicial Coup appeared first on The Intercept. 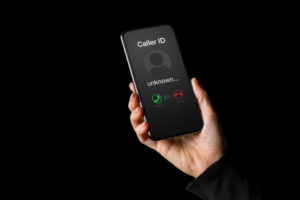