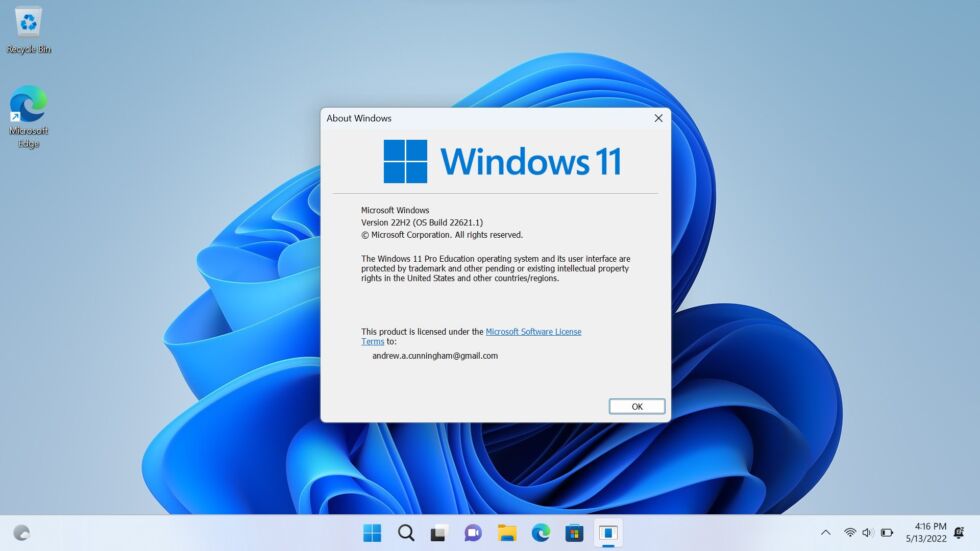 Enlarge / Windows 11 22H2 is entering its next stage of development, according to rumors—and the OS itself. (credit: Andrew Cunningham)

Windows 11 has already changed quite a bit since the version we reviewed in October, and Microsoft has released a steady stream of redesigned app updates, bug fixes, and user interface improvements.

But the company’s significant yearly Windows updates are still important. They’re still going to be where Microsoft makes the most significant changes to Windows 11’s look and feel and under-the-hood features. This week, rumors suggested that Microsoft is wrapping up work on what will eventually be released as Windows 11 version 22H2, the OS’s first yearly update. That build, currently available to the Windows Insider Beta channel as build number 22621.1, will serve as the foundation for the next year of Windows updates.

We cover new Windows Insider builds fairly frequently, depending on how noteworthy the changes are. But to save you the trouble of having to scroll through months of articles, we’ve gathered together all the most significant differences between the current public build of Windows 11 21H2 (for the record, 22000.675) and the latest beta of version 22H2.