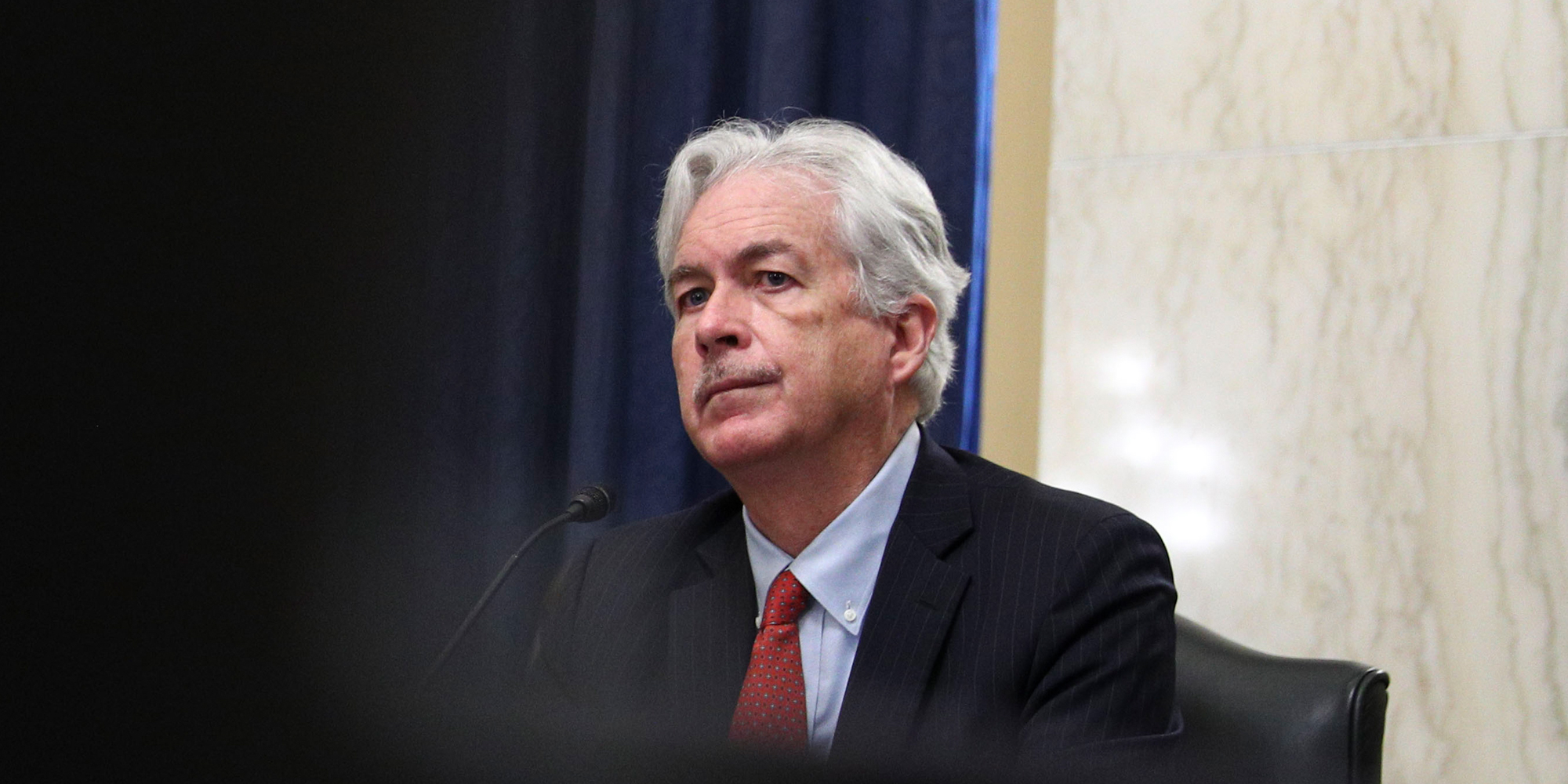 Last month, as part of a regional tour, CIA Director William Burns quietly met with Saudi Crown Prince Mohammed bin Salman in Jeddah, a port city in western Saudi Arabia. The unusual meeting, first reported by the Wall Street Journal, is the first known encounter between the United States’ top spy and Saudi Arabia’s de facto ruler — and, according to three sources familiar with the matter, the latest attempt by high-ranking U.S. officials to appeal to Saudi Arabia on oil amid rising U.S. gas prices. Also on the table, two of the sources told The Intercept, were Saudi weapons purchases from China.

President Joe Biden has so far refused to meet with MBS, as he is known, owing to the crown prince’s role in ordering the murder of journalist Jamal Khashoggi. But in February, Biden made an effort to begin repairing the relationship with the kingdom, asking King Salman to increase the country’s oil production in return for U.S. military support for its “defense” against Yemen’s Houthis. According to a Saudi readout of the call, Biden was denied. Though Burns again asked for an oil production increase last month, Saudi Arabia announced last week that it would be sticking to its production plan, once more denying the U.S.’s request.

A spokesperson for the CIA declined to comment on Burns’s travels. The Intercept’s sources — a U.S. intelligence official, two sources with ties to the U.S. intelligence community, a source close to members of the Saudi royal family, and a think tank official — interviewed for this story spoke on the condition of anonymity to discuss sensitive matters.

The meeting was also an opportunity to broach a subject of intense concern to Washington: Riyadh’s growing relationship with China. In addition to Burns’s ask on oil, the CIA director also requested that Saudi Arabia not pursue a purchase of arms from China, according to the two sources close to U.S. intelligence.

Saudi Arabia’s very public overtures to Beijing — most notably, exploring the possibility of selling its oil in the Chinese currency, yuan — have caused consternation in Washington. This week, in Senate testimony, Director of National Intelligence Avril Haines warned of efforts by China and Russia to “to try to make inroads with partners of ours across the world,” mentioning Saudi Arabia and the United Arab Emirates as examples.

What is not publicly known, however, is that the Saudi government is planning to import ballistic missiles later this month from China under a secret program code-named “Crocodile,” the source close to U.S. intelligence said. (The other source with ties to U.S. intelligence confirmed that the discussion pertained to arms sales with China.)

Burns also requested the release of numerous high-profile Saudi royals whom MBS has detained, including MBS’s cousin, former Crown Prince Mohammed bin Nayef, the sources said. MBN, as he is known, was heir to the throne before his ouster by Crown Prince Mohammed in 2017. Because MBN is a close partner to U.S. intelligence, the Biden administration has reportedly pressured for his release amid allegations of torture.

Relying on a CIA director to conduct high-level diplomatic engagement of this sort is extremely unusual, although it does offer at least one big advantage: discretion. Burns’s presence also served as a means of attempting to mend the fraught relationship between MBS and other top Biden administration officials, the source close to U.S. intelligence said. Last year, when Biden’s national security adviser Jake Sullivan brought up the Khashoggi murder, MBS shouted at him, remarking that the U.S. could forget about its request to increase oil production, as the Wall Street Journal recently reported.

Burns’s meeting with MBS was one of several with leaders in the region, including in Qatar, the UAE, and Oman, the source also said. (A prominent think tank official close to the Biden administration confirmed that Burns had been traveling throughout the Middle East.) Burns’s meeting with Abu Dhabi Crown Prince Mohammed bin Zayed echoed the theme of his meeting with MBS, urging him to stop warming up to China, specifically referring to the construction of a Chinese military base in the UAE. Last year, the Biden administration reportedly warned the UAE that China had been building a military facility at an Emirati port and that its construction could imperil their relations. In the case of Saudi Arabia, U.S. intelligence has assessed that the country has been working with China to manufacture its own ballistic missiles domestically — raising concerns about touching off a regional arms race.

“What’s different about this is the Saudis are now looking to import completed missiles,” the source close to U.S. intelligence said.

“Burns has been doing a lot of the diplomatic heavy lifting, which is terrible.”

Burns has come under criticism for conducting diplomacy for the administration, which is supposed to be handled by diplomats at the State Department. Last year, as Kabul fell to the Taliban, Burns was reportedly in the Middle East, meeting with top Israeli and Palestinian government officials. Shortly thereafter, Burns secretly met in Kabul with Taliban leader Abdul Ghani Baradar. Just last week, Burns met with Brazilian President Jair Bolsonaro, urging him not to interfere with his country’s elections.

“Burns has been doing a lot of the diplomatic heavy lifting, which is terrible,” a U.S. intelligence official close to the administration told The Intercept, decrying what he called the “further castration of the Department of State.” This has rankled diplomats at Foggy Bottom, who had hoped that Biden would make good on his campaign pledge to empower diplomacy after years of neglect by the Trump administration.

Concerns about Burns’s role in diplomacy and sidelining the State Department have even come from figures like Michael Rubin, a former Pentagon official and now a senior fellow at the American Enterprise Institute. “Intelligence professionals can coerce and threaten unencumbered by the restraints of diplomacy,” Rubin wrote in a recent article for the Washington Examiner. “They are not there to debate and formulate foreign policy.” The Biden administration is currently without an ambassador to Saudi Arabia, having only last month announced its intent to nominate diplomat Michael Ratney for the position.

The post Inside the Secret Meeting Between the CIA Director and Saudi Crown Prince appeared first on The Intercept.

Next post HomeKit Weekly: Having remote access to unlock your door and disable your security system is a smart home superpower