The Abbott Nutrition facility in Sturgis, Michigan, which produces much of the U.S. supply of baby formula, shut down in February, bringing production lines to a grinding halt. Following a voluntary recall and investigation by the Food and Drug Administration and the Centers for Disease Control and Prevention, the stoppage stemmed from a bacterial outbreak whose effects would be felt months later. Starting last September, five babies who had consumed the plant’s formula contracted bacterial infections. Two of them died.

The production pause is now contributing to a national shortage of formula, a crisis that experts believe will continue for months.

But eight years earlier, the formula industry rejected an opportunity to take a more proactive approach — not only for increasing supply capacity, but also for preventing a potential outbreak. Records show that the industry successfully mobilized against a 2014 proposal from the FDA to increase regular safety inspections of plants used to manufacture baby formula.

At the time, the FDA had proposed rules to prevent the adulteration of baby formula in any step of the process in order to prevent contamination from salmonella and Cronobacter sakazakii, which led to this year’s Sturgis plant shutdown.

The largest infant formula manufacturers quickly stepped up to delay the safety proposals. The International Formula Council, now known as the Infant Nutrition Council of America, is the lobby group that represents Abbott Nutrition (owned by Abbott Laboratories), Gerber (owned by Nestlé), Perrigo Co., and Reckitt Benckiser Group, the companies that control 89 percent of the baby formula market in the U.S.

In March 2014, the group wrote to FDA officials to request additional time to respond to the proposed rules. The agency, the industry claimed, had used a cost-benefit analysis that “overestimates the expected annual incidence of Cronobacter infection” using “outdated data.” The formula representatives asked for an additional 30 to 45 days.

“We feel the agency and the industry would benefit from this additional time,” wrote Mardi Mountford, an official with the International Formula Council.

That June, after months of deliberation, the FDA released a new interim final proposal that incorporated some of the industry concerns. The rules reduced the frequency of stability testing for new infant formulas from every three months to every four months. The FDA also provided a number of exemptions for manufacturers, allowing them to shirk testing requirements if the “new infant formula will likely not differ from the stability of formulas with similar composition, processing, and packaging for which there are extensive stability data.”

Later that year, the lobby group petitioned the FDA to revisit the safety manufacturing rule with even lower standards, including fewer inspections. In a letter to regulators, Mountford wrote that compliance costs would reach slightly over $20 million a year, including increased personnel and lab fees. “The IFC believes that the additional requirements for end of shelf-life testing under the Final Rule are unnecessary and burdensome and do not provide any additional public health benefit,” Mountford wrote in the September 2014 request. “Based on the frequency of manufacture and store inventories,” the letter noted, “virtually all infant formula is consumed early in its shelf-life (consumers typically purchase and use infant formula between 3 and 9 months after manufacture and do not stockpile infant formula at home).”

The Infant Nutrition Council of America did not respond to a request for comment from The Intercept.

As critics have noted, the formula industry had wide latitude to expand production and increase spending on safety standards. Abbott last year announced that it had spent $5 billion purchasing its own stock.

Abbott Nutrition, which did not respond to a request for comment, has declined to inform other outlets whether additional cases of Cronobacter have been identified.

The House Committee on Energy and Commerce is scheduled to hold a hearing on May 25 to investigate.

The Abbott whistleblower allegation was sent to the FDA and Rep. Rosa DeLauro, D-Conn., in October 2021 and made public last month. DeLauro has demanded that regulators move swiftly in obtaining answers from the company. Despite the whistleblower tip, the FDA did not inspect the Sturgis plant until January 31 of this year, and the recall was not issued until February 17, according to a report from Food Safety News.

Approximately 40 percent of baby formula products were sold out during the week that started on April 24, according to a recent survey. Desperate parents have reportedly turned to eBay, where canisters cost more than six times the retail price. Viral images of empty shelves have alarmed parents, and the Biden administration has said it will take urgent action to address the shortage.

The shortage has other contributing factors. The U.S. maintains strict limits on imports of European brands of infant formula, despite studies showing that products under European Union regulations have high safety and nutrition standards. Competing brands in the U.S. have attempted to ramp up production to make up for the loss of Abbott Nutrition’s Sturgis factory but have encountered supply chain problems. 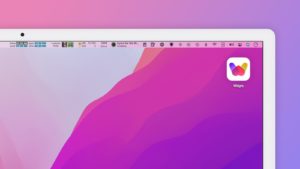