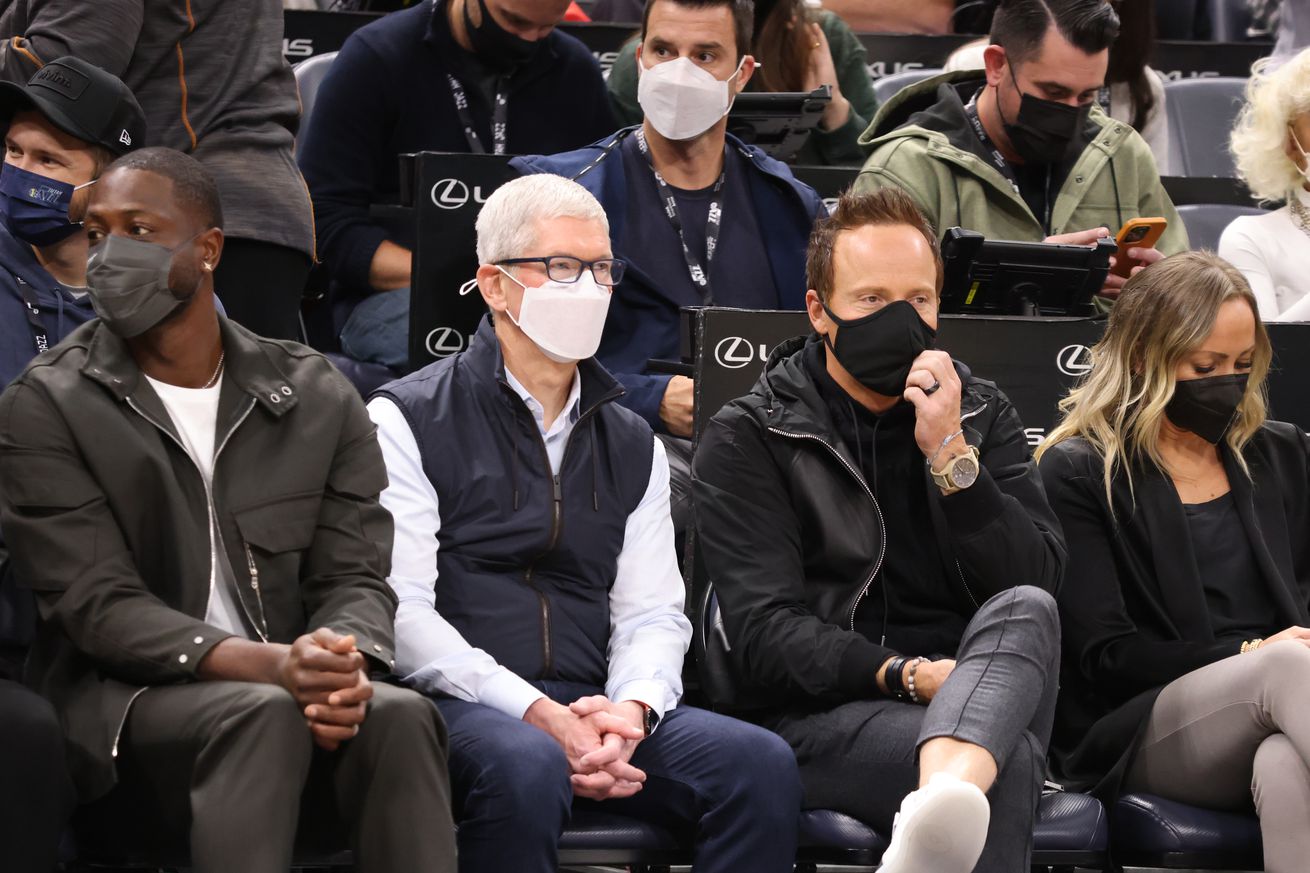 Utah Jazz Owners, Dwyane Wade and Ryan Smith sit with the CEO of Apple, Tim Cook during a preseason game between the against the Utah Jazzv and the against the Milwaukee Bucks on October 13, 2021 | Photo by Melissa Majchrzak/NBAE via Getty Images

A proxy statement filed by Apple on Thursday revealed exactly how much one can earn after ten years of running the world’s most valuable and most profitable company, and for Tim Cook, that number is $98.7 million. While his base salary stayed at $3 million, an additional $12 million in incentives, $82 million worth of stock awards, and the money spent to cover items like security and private flights — since 2017, Apple doesn’t let its CEO fly commercial — nudged the entire thing closer to the $100 million mark.

Image: Apple
According to Apple, its total shareholder return “was at the 97th percentile of the companies that were included in the S&P 500 for the entire performance period” from 2018 to 2021.