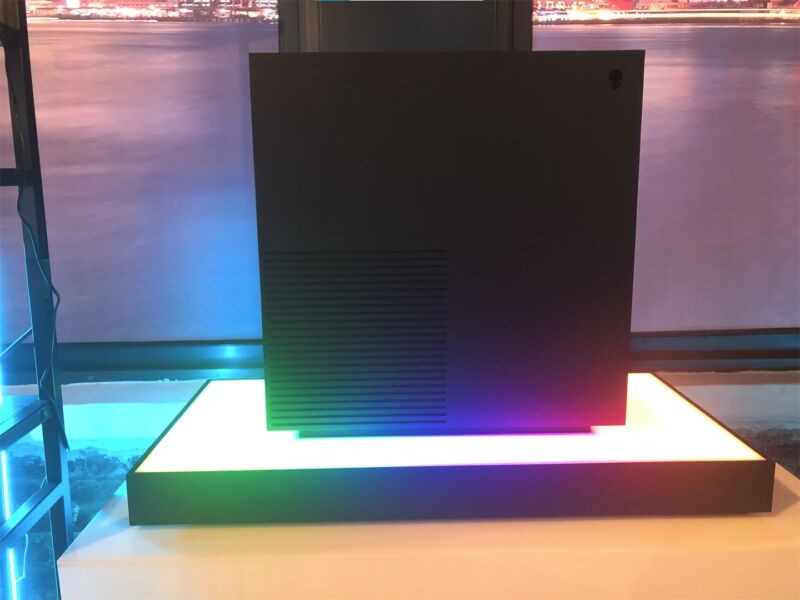 Concept Nyx is Alienware’s take on a household gaming server

It’s not uncommon to have multiple gamers living under a single roof. But what happens when all those gamers want to play at the same time? Wi-Fi mayhem, arguing over who gets to use the best hardware, and, often, separation as family members retreat to their respective gaming caves. Alienware is looking into that solving that problem, with one powerful, mysterious computer.

An R&D project announced today, Concept Nyx is essentially a household server with enough computing power to allow multiple people to stream PC games off it simultaneously. I checked out a prototype in person and saw it powering two gaming sessions at one time—one user fragging on a non-gaming laptop, and another on a larger screen fit for a living room.

The idea is that members of the household could stream their games off the computer at the same time. (credit: Alienware)

Alienware showed me two gamers playing at once but its lab is currently testing Concept Nyx with four gamers playing concurrently. A spokesperson told me there’s “basically no performance drop” when adding a person, but the demo wasn’t long enough (under 10 minutes) to confirm that for me.