John Cena’s Peacemaker was among the standout characters in The Suicide Squad‘s star-studded ensemble cast, so we were intrigued by the news that a spinoff series was in the works. We knew that Peacemaker was being written and directed by James Gunn (Guardians of the Galaxy), and that the series will explore will explore the origins of the character and his subsequent missions. And now we have our first look, thanks to HBO Max, which released an extended teaser trailer for the series during the DC FanDome event.

(A couple of spoilers for The Suicide Squad below.)

Gunn wrote the series last summer during the COVID-19 lockdown, just for fun, but then DC Films approached him about a possible spinoff series for one of the characters in The Suicide Squad. I’m not sure Peacemaker would have been my first choice—Cena’s performance was terrific, but I haven’t quite forgiven the character for the Very Bad Thing he did in that film—but Gunn’s instincts are pretty impeccable, and he clearly felt there was more story to tell. 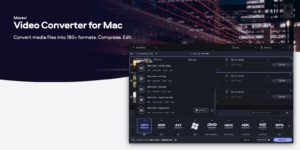