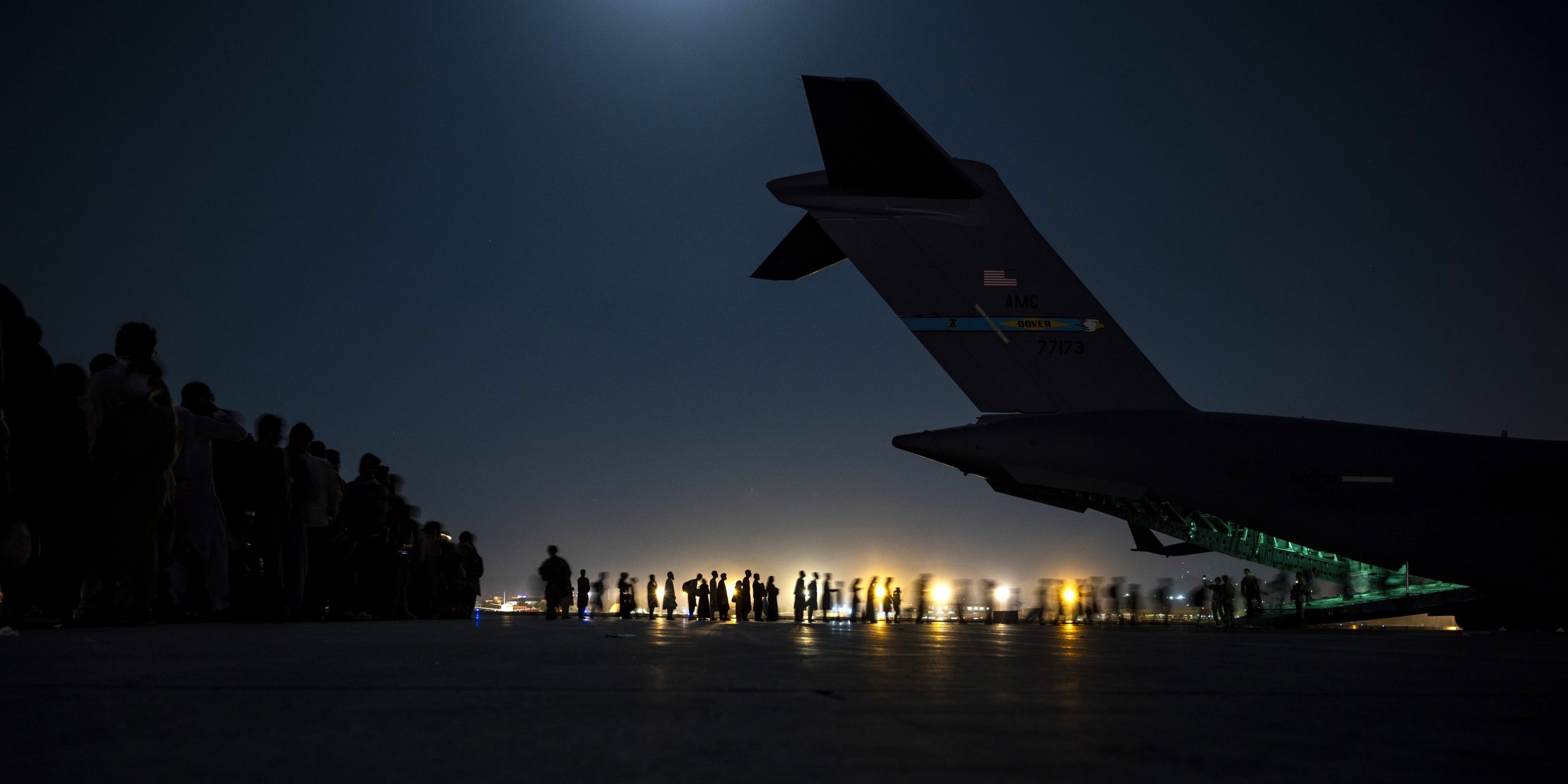 U.S. Citizen in Afghanistan Was Desperate to Get Out — but the State Department Never Called Back

When Afghanistan’s capital, Kabul, descended into panic as the city fell to the Taliban, Prince Wafa placed a desperate call to a State Department number set up to help people trying to flee. Wafa, an American citizen who lives in San Diego, had arrived in Afghanistan just a month before to visit his wife in Kabul. After the sudden collapse of the U.S.-backed Afghan government, he is now attempting to get her and himself out of the country to safety.

A former U.S. Army translator, Wafa, who became a U.S. citizen in 2019, is among those most endangered by the fall of the Afghan government: people who cooperated with U.S. forces and are now likely to be treated as traitors by the Taliban, Afghanistan’s new rulers. The home of Wafa’s family in the city of Herat had already been visited by longtime neighbors who turned out to be covertly working for the Taliban; the neighbors were said to be searching for him.

The abrupt departure of American troops and closure of the Kabul airport left Wafa, who fears violent retribution for his work with the U.S., stuck hiding with his wife in Kabul and looking for a way out.

When Wafa called the State Department on August 29, the deadline for the U.S. withdrawal from Afghanistan was still expected to be two days away. An official picked up Wafa’s call and gave him instructions on what to do.

Wafa was reassured by the confident tone of the U.S. official. “They told me that they would not leave any citizen in the country, they would get everyone out,” Wafa said. “They told me to take shelter and not go to the airport and to wait for further directions on what to do.” The official took down his information and told Wafa to wait for another call that would provide directions on how to safely exit the country with his wife.

Wafa waited for a nerve-wracking 24 hours, but no call came.

“I have my passport in my hand right now, and no one has given me any way to get out.”

The next morning, he turned on the news to see that the U.S. had executed its withdrawal from the country. Wafa watched in disbelief as President Joe Biden announced that the withdrawal from Afghanistan had been successful and that American citizens who had been there were now free from danger.

In a panic, Wafa called the same State Department number he had called earlier and told the official on the line that he was, like many other U.S. citizens and green card holders he knew, still stranded in Afghanistan. “I told them President Biden is saying on the news that everyone is out, but I’m still here,” Wafa said. “I have my passport in my hand right now, and no one has given me any way to get out.”

The State Department official listened and told Wafa to wait briefly while he checked what could be done. After a few moments, the official returned with a brief, terse message. “At this time, we have no other information to share with you on steps to take,” Wafa recalled the official saying. “We can only advise you to shelter in place for the time being.”

“Thank you for calling the U.S. Department of State,” the official added, hanging up before a stunned Wafa could even reply.

Prince Wafa, far left, stands with a group of U.S. military service members in Afghanistan, with whom he served as an interpreter, in an undated photo. Wafa, whose face is obscured at his request, fears his work with the U.S. military could make him a target of the Taliban.

It is unclear how many U.S. citizens, green card holders, or partners of U.S. persons eligible for withdrawal are still stranded in Afghanistan. Some monitoring groups have put the total numbers into the thousands.

As for U.S. citizens, Secretary of State Antony Blinken said in a press conference that fewer than 200 Americans remained in Afghanistan after the end of the U.S. airlift. “We believe there are still a small number of Americans — under 200 and likely closer to 100 — who remain in Afghanistan and want to leave,” Blinken said. “We’re trying to determine exactly how many.” (The State Department did not respond to a request for comment by publication time.)

Blinken went on to suggest that some of the remaining Americans were still deciding whether to leave: “Part of the challenge with fixing a precise number is that there are longtime residents of Afghanistan who have American passports and who were trying to determine whether or not they wanted to leave.” For Wafa, there was no indecision.

On Monday, Gen. Kenneth F. McKenzie, head of U.S. Central Command, said no U.S. citizens left on the last five military jets out of Afghanistan. “We maintained the ability to bring them in up until immediately before departure, but we were not able to bring any Americans out,” he said. “That activity ended probably about 12 hours before our exit, although we continued the outreach and would have been prepared to bring them on until the very last minute. But none of them made it to the airport and were able to be accommodated.”

McKenzie said that with the military engagement over, the State Department would be handling requests by Americans to leave Afghanistan. “The military phase of this operation has ended,” he said. “The diplomatic sequel to that will now begin.” McKenzie said the U.S. would negotiate with the Taliban on getting the remaining Americans out of Afghanistan.

Wafa said he would have little faith in such processes but in his desperation would take his chances with any avenue available. “I can’t trust the Taliban, they are my enemy and the enemy of all Americans,” he said. “They proved that over the last 20 years. I don’t know how the U.S. government can trust them to negotiate anything. But if I have to take the risk of them negotiating, I will do it if that is the only thing that can allow my wife and me to leave the country.”

Since his last call with the State Department, Wafa has been desperately trying to contact U.S. embassies in Qatar and Pakistan through email in an attempt to find someone who can help him and his wife escape the country. Text messages between a State Department WhatsApp number and Wafa reviewed by The Intercept also show a department official apologizing that no one had called him back with further information after his initial call. The official on WhatsApp also advised Wafa that they had no further information to give.

Wafa’s wife is an Afghan citizen who had already completed her documentation requirements to receive a U.S. spousal visa and had been waiting for a visa interview at the U.S. embassy in Kabul when the city fell to the Taliban. Foreign-born spouses of U.S. citizens in the country have previously been deemed eligible for withdrawal, though it is unclear how many are still left behind. Wafa had come to the city to visit her not long before the security situation in the country suddenly unraveled, forcing them both to go into hiding.

With the U.S. government apparently unable or unwilling to help, former U.S. military colleagues have been reaching out on his behalf to United Nations staff and others in Afghanistan to try and find a way for Wafa and his wife to leave. With Kabul’s Hamid Karzai International Airport still closed, Wafa is now desperately looking for help to get out of the country by land, whether by crossing into Pakistan or by other means.

With the Taliban cementing their hold on power, Wafa is frightened about what will happen to him and to others, both American and Afghan, who worked with the Afghan government and its U.S. allies over the past two decades.

Above all, he is worried for his wife. “I cannot leave her here,” Wafa said. “We are afraid that when everyone else leaves the country, the Taliban will show their real face.”

The post U.S. Citizen in Afghanistan Was Desperate to Get Out — but the State Department Never Called Back appeared first on The Intercept.