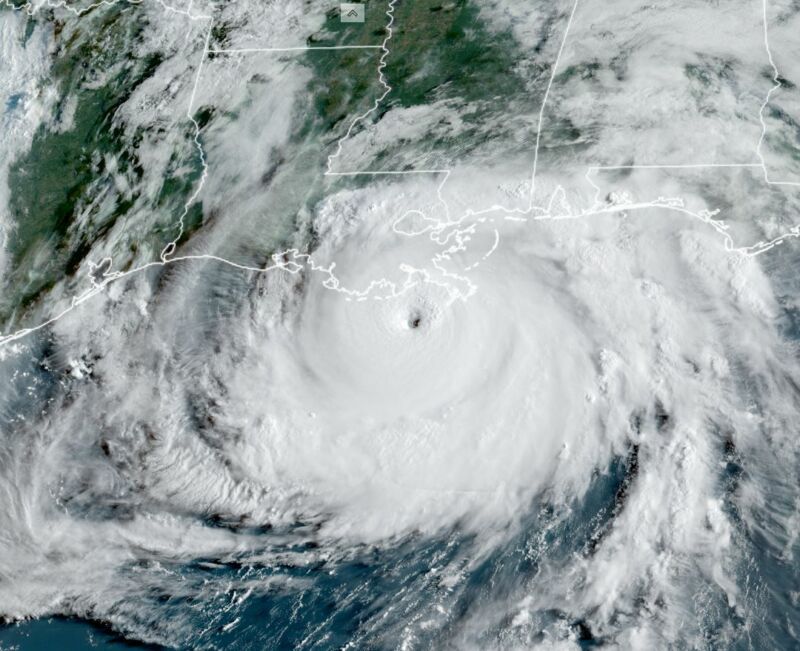 Enlarge / Hurricane Ida had a distinct eye as it approached the Louisiana coast on Sunday morning. (credit: NOAA)

Hurricane Ida roared into the southern US state of Louisiana on Sunday at 11:55 am local time (16:55 UTC) with sustained winds of 150 mph. The storm’s distinct eye moved into the state’s southernmost seaport, Port Fourchon, setting about destroying buildings and scattering boats moored nearby.

But Ida did not stop there. Instead of weakening as it marched northward toward the larger cities of New Orleans and Baton Rouge, Ida appeared to maintain its organization with a distinct eye and even small vortices rotating around the center of the storm.

I count 4 mesovortices rotating around the outer portion of #Ida‘s eye, evident in the low cloud field. And the eye is now *completely over land*! I don’t think I’ve seen this before with a storm over land. #GOES16 pic.twitter.com/34i1ovISZp