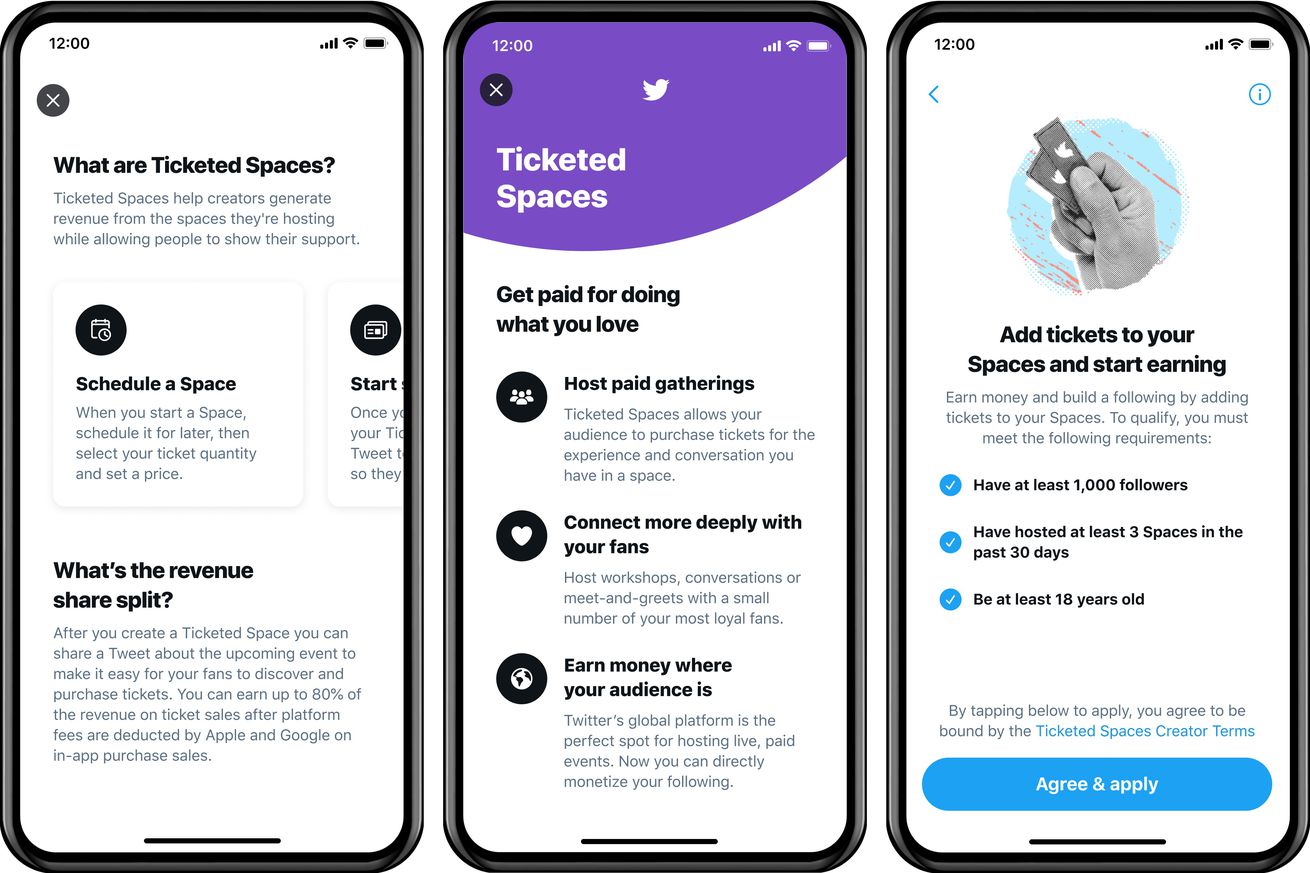 Twitter is beginning its rollout of Ticketed Spaces, or paid live audio rooms. The company announced yesterday that it’s “experimenting” with the feature for some iOS users. It first rolled out applications to try the product in June with the plan to eventually make it available to all interested iOS and Android users.

“Know it’s taking us a little time, but we want to get this right for you,” Twitter wrote in its announcement yesterday.

Hosts can charge between $1 and $999 for their ticketed rooms and can also set a room size cap for them. These test group participants will initially keep 97 percent of the money they make, after the fee Apple and Google charge for in-app purchases. But Twitter will increase its cut from 3 percent to 20…