If you were hoping for Microsoft to backtrack on Windows 11’s stringent security-focused new system requirements, we have good news and bad news. The good news is that a small handful of 7th-generation Intel Core processors have been added to the support list, and systems that use those chips will officially support the final version of Windows 11 when it comes out in the fall. The bad news is that they are the only processors being added to the support list, and Microsoft “will maintain the minimum system requirements as originally set.”

Intel’s 7th-generation Core processors, codenamed Kaby Lake, were launched mostly in late 2016 and through 2017, though many computers that use them were available for purchase long after that. The specific 7th-generation processors that have been added to the compatibility list are:

X-series processors based on the Skylake-X and Kaby Lake architectures, like the Core i5-7640X and Core i7-7800X
W-series Xeon processors
The Core i7-7820HQ specifically, with the caveat that systems with this processor must be using DCH drivers

If the decision to support one specific 7th-generation Core i7 laptop processor strikes you as odd, you don’t need to look far for an explanation—this just happens to be the CPU included in Microsoft’s Surface Studio 2, which Microsoft still sells but has not updated in three years. That Microsoft was about to stop supporting a PC it is currently selling and for which it controls everything from the firmware to the drivers earned the company some well-deserved scorn from users and the press. Adding support for it is laudable, but it’s also the bare minimum—Windows 11 will still leave behind Surface products as recent as 2017’s 5th-generation Surface Pro and 1st-generation Surface Laptop and the cheapest configurations of 2017’s Surface Book 2 (higher-end configurations used 8th-generation processors, but the cheapest models did not).

Previous post Why Windows 11 has such strict hardware requirements, according to Microsoft 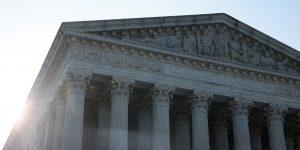