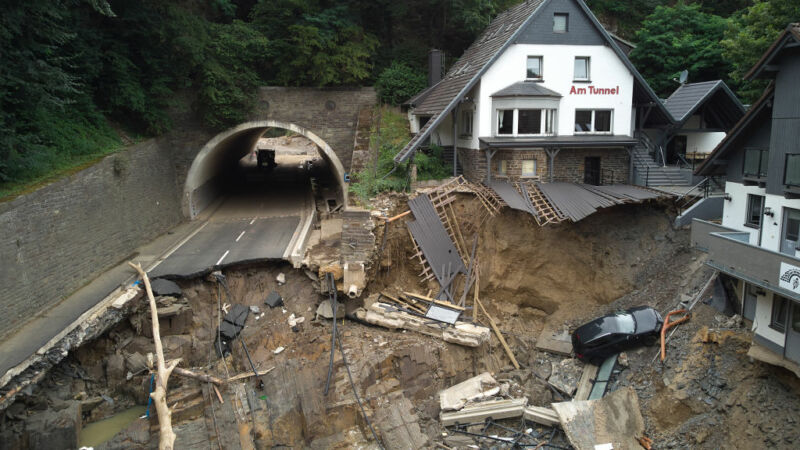 The backdrop of a steadily warming climate has frequently raised questions about whether any given extreme weather event could have been influenced by climate change. It’s a natural question to ask, but answering it in peer-reviewed detail usually takes months or years. In response, researchers started the World Weather Attribution program, which has developed a streamlined analysis pipeline that lets them address questions of climate influence before the public has forgotten the event happened. This technique allowed the group to rapidly determine that climate change played a key role in this summer’s Pacific Northwest heat wave.

Now, the group has attempted to tackle this summer’s European floods, which destroyed communities in Germany, Belgium, and the Netherlands. And here, the answer was a lot more complicated. The floods hit a small area and were extreme enough that they destroyed some of the monitoring equipment that would otherwise have told us just how bad they were. Nevertheless, the team found the climate change likely boosted the chances of an event like that in northwestern Europe.

When the rains came

The weather pattern that produced the rain wasn’t particularly exceptional, and it consisted of a low-pressure system that parked over Europe for a couple of days. The warm, moisture-rich air this drew from the Mediterranean ended up rotating around the low pressure. The Mediterranean air crossed a number of ranges of low hills in northwestern Europe, which caused the sort of atmospheric disruptions that trigger rainfall for a couple of days.

Next post A decade and a half of instability: The history of Google messaging apps