A player uses the Ping System in Apex Legends to alert their team of the presence of a “Shield Battery”. | Image: Electronic Arts

Electronic Arts is pledging to open the patents for some of its accessibility-related tech, including the much-celebrated Apex Legends ping system, the company announced today. EA says it won’t file infringement lawsuits against people or companies for using tech that falls under patents listed in the pledge.

The ping system in Apex Legends, which allows people to play the team-based game without hearing or speaking, has been praised both as an impressive alternative to voice chat and as a great accessibility feature for players with a variety of disabilities. A patent that covers the system (US 11,097,189) was issued the same day as EA’s announcement of the pledge.

Along with the ping system patent, EA is opening patents for the tech…

Previous post The long wait is over: Sony drops teaser trailer for Spider-Man: No Way Home 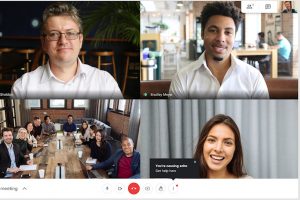