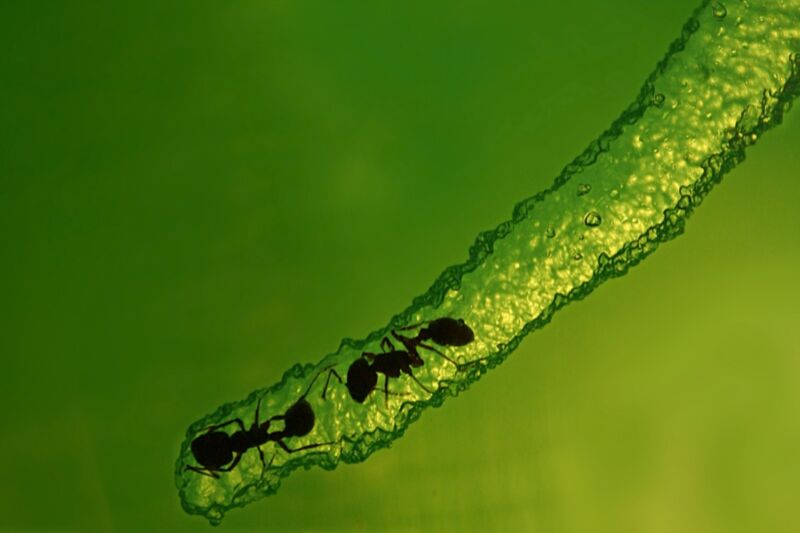 Ants are prodigious diggers, constructing elaborate nests with multiple layers connected by an intricate network of tunnels, sometimes reaching depths of 25 feet. Now, a team of scientists from Caltech has used X-ray imaging to capture the process of how ants construct their tunnels. The scientists found that the ants have evolved to intuitively sense which grain particles they can remove while maintaining the stability of the structure, much like removing individual blocks in a game of Jenga. The team described their work in a new paper published in the Proceedings of the National Academy of Sciences.

Scientists interested in collective behavior have been studying ants for decades. That’s because, as a group, ants behave like a form of granular media. A few ants spaced well apart behave like individual ants. But pack enough of them closely together, and they behave more like a single unit, exhibiting both solid and liquid properties. You can pour fire ants from a teapot, for instance, or the ants can link together to build towers or floating rafts. Ants may be tiny critters with tiny brains, but these social insects are capable of collectively organizing themselves into a highly efficient community to ensure the colony survives.

For instance, several years ago, behavioral biologist Guy Theraulaz of the Institute for Advanced Study in Toulouse, France, and several colleagues combined laboratory experiments with Argentine ants and computer modeling to identify three simple rules governing the ants’ tunneling behavior. To wit: (1) the ants picked up grains at a constant rate (about 2 grains every minute); (2) the ants preferentially dropped their grains near other grains to form pillars; and (3) ants typically chose grains marked with a chemical pheromone after being handled by other ants. Theraulaz et al. built a computer simulation based on those three rules and found that, after a week, their virtual ants built a structure that closely resembled real ant nests. They concluded that those rules emerge from local interactions between individual ants, with no need for central coordination.