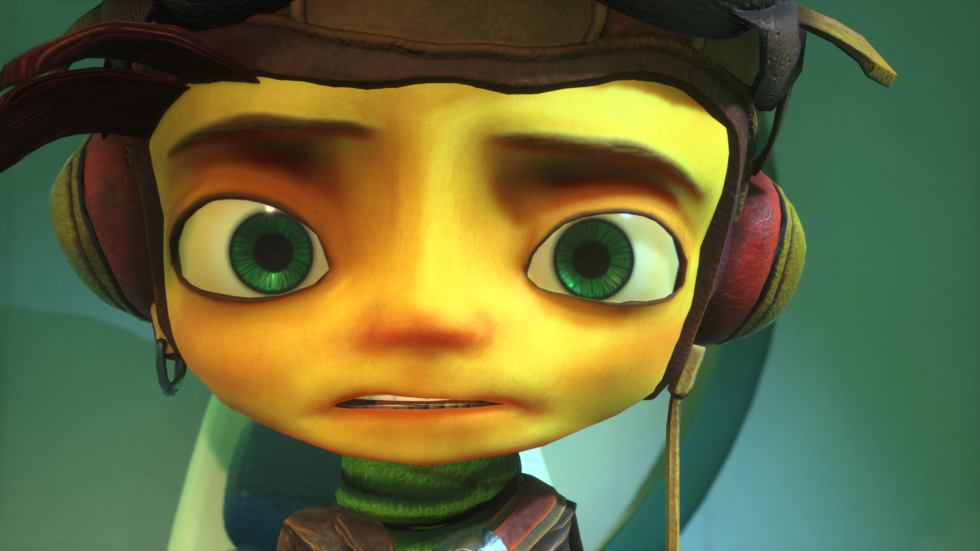 Psychonauts 2 is the imperfect, astounding, hilarious, memorable, beautiful, long, drama-filled interactive cartoon for anyone who yearns for a certain era of 3D-gaming nostalgia. If that sounds like you, play this new game-of-the-year contender as soon as possible.

Any conversation about Psychonauts 2 could start in so many other directions, but I’d rather open with that “contender for game of the year” spirit. It’s been buzzing through me the entire time I’ve spent inside Psychonauts 2‘s minds-within-minds.

That doesn’t mean it’ll be everyone’s ideal platformer. Psychonauts 2 doesn’t unseat the classic Banjo-Kazooie series in terms of level complexity and mechanical balance, for instance. And while this sequel massively improves upon the original game’s control suite, it errs on the side of simplicity. Yet, whether you want a breezy, kid-friendly platformer bathed in incredible artistic direction, or if you’re more eager to double-jump and speed-bounce to a 3D level’s tastefully hidden secrets, Psychonauts 2 scales to your expectations—and it delivers for anyone who’s playing or watching.

(Ars Technica may earn compensation for sales from links on this post through affiliate programs.)

If you’ve never heard of Psychonauts, you’re not alone. The 2005 original arrived on PlayStation 2 and Xbox with loud nods to the game industry’s best 3D platformers. Sadly, that year’s console marketplace was much more interested in shooters like Halo than a subversive, whimsical summer camp full of kids with psychic powers. The result was a commercial failure, critical darling. (As a point of trivia: the project’s prerelease woes nearly doomed the game before launch until SimCity creator Will Wright invested his own cash to save it.)