The latest Windows 11 app to get a coat of paint is Paint, everyone’s favorite meme-making sketching and doodling app. It’s not available for download for Windows Insiders yet, but Microsoft Chief Product Officer Panos Panay posted a brief video of the new design, showing off its updated look, a new dark mode, better text tools, updated brushes, and other tweaks that collectively serve to modernize the app a bit.

The new version of Paint stops far short of making it a full-featured photo editing app like Adobe Photoshop or even Apple Photos or Paint.net—you still don’t get layers or any advanced effects tools. But the Paint app as it stands in Windows 10 is barely changed from the Windows 7 version of the app, and Windows 7’s biggest contribution to Paint was the adoption of the “ribbon” user interface introduced in the then-current Office 2007.

For reference, the Windows 10 version of the Paint app (shown here in the current Windows 11 preview) looked a lot like the Windows 7 version. [credit:
Andrew Cunningham ]

Back in 2017, Microsoft briefly deprecated the Paint app, officially halting its already stalled-out development and proclaiming that it would be removed from the suite of default Windows apps in favor of the newer Paint 3D. But the app was saved from the Recycle Bin a couple of years later and given an under-the-hood update that improved screen reader support and added keyboard controls. The new update might not signal a renewed commitment to making Paint an actual heavy-duty image editor, but it does at least suggest that Microsoft will be less willing to let the current uncomfortable mix of Windows 7, Windows 8, and Windows 10-era apps continue to coexist in the Windows 11 era. The updated Paint app will be going out to Windows Insiders “soon.” 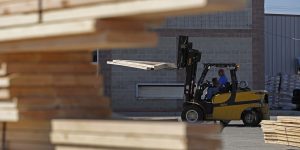 Next post Formaldehyde Causes Leukemia, According to EPA Assessment Suppressed by Trump Officials