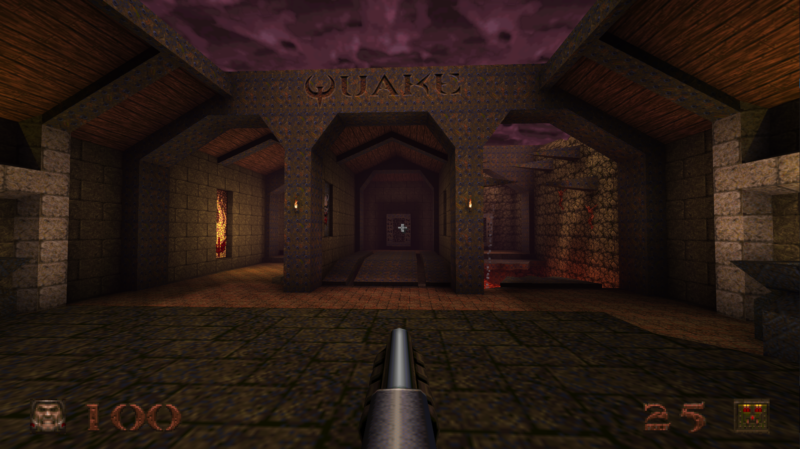 As leaked a few weeks ago by a QuakeCon scheduling slip-up, a re-release of iconic FPS Quake slipped onto console digital storefronts on Thursday, slightly ahead of the project’s official announcement. The $10 release is out now. Those who own Quake on Steam or from the official Bethesda.net store can access this update for free.

Bethesda’s re-release is available for Switch, Xbox, and PlayStation. This might be positive news after Microsoft’s acquisition of that studio, which generated worries about exclusivity moving forward, although Xbox Game Pass subscribers can access this visually updated edition as part of that service. For those who don’t mind waiting, Limited Run Games has a physical disc/card release for the PS4/Switch, respectively, including a pricey limited edition that comes in a box mirroring the in-game nail-gun ammo.

Four expansions are included: “Scourge of Armagon” and “Dissolution of Eternity,” which launched at retail shortly after the original 1996 game, along with MachineGames’ “Dimension of the Past” and “Dimension of the Machine.” And, yes, online matchmaking is available, too, complete with platform crossplay. Local split screen remains intact for up to four players, and a quick run through the Xbox version reveals numerous graphical options, even on the Xbox Series X. For instance, players can drop the resolution to “SD” levels and apply fog.

Next post Latest Apple Pay promotion offers $2 off at Subway