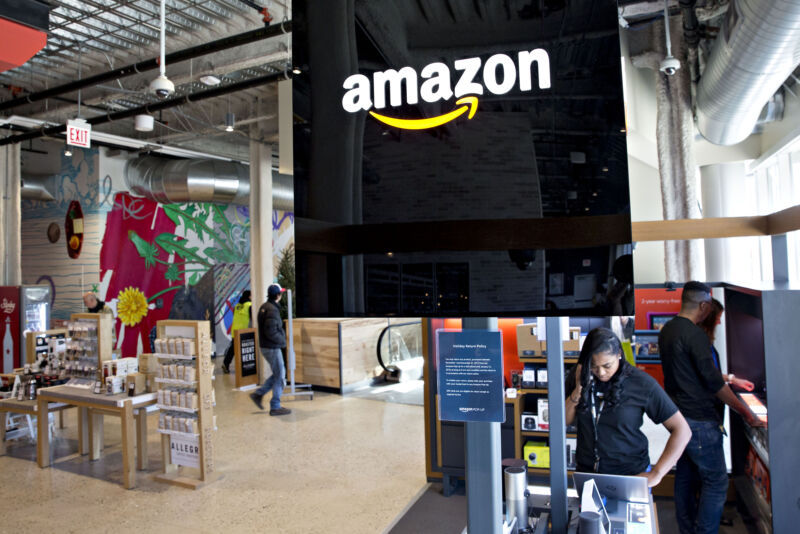 Enlarge / Amazon has experimented with physical retail for years, including this pop-up store inside a Whole Foods in Chicago, Illinois. (credit: Daniel Acker/Bloomberg)

Amazon is looking for its next conquest. After years of growth, most recently fueled in no small part by the COVID-19 pandemic that also has decimated physical retailers across the country, the company is reportedly planning to open its own department stores.

The move would represent a subtle shift in strategy for the e-commerce giant. Though it has experimented with its own brick-and-mortar locations, Amazon’s few-dozen currently branded stores tend to be small affairs that offer a selection of goods. Its largest customer-facing real estate, Whole Foods, came through an acquisition. If Amazon follows through on its department store plans, as reported by The Wall Street Journal, it would represent the company’s biggest ground-up push into physical retail, a flagging but still massive sector of the economy.

Don’t expect Amazon to follow in the footsteps of JC Penney or Macy’s, however. Rather, Amazon appears to be following a playbook similar to the one embraced by grocers Aldi and Trader Joe’s. Where most existing department stores are on the order of 100,000 square feet, Amazon’s stores will be about a third the size, with the first set to appear in California and Ohio. And like Aldi and Trader Joe’s, expect Amazon’s department stores to heavily feature Amazon’s private-label goods.

Next post U.S. Media Organizations Scramble to Get Hundreds of Afghan Colleagues to Safety