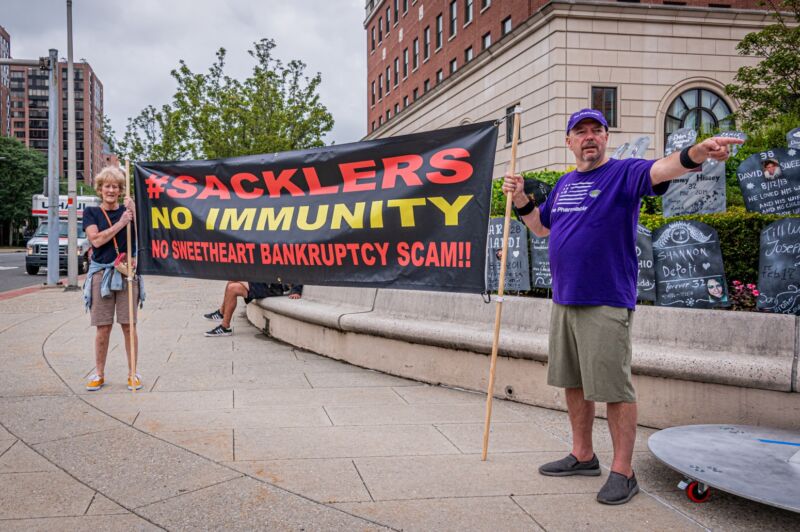 The Sackler family is threatening to back out of a $4.5 billion opioid settlement if it is not granted broad immunity from lawsuits. The pending settlement between the Sacklers and 15 states includes an immunity provision, but other states oppose it, and a bankruptcy court judge is still considering whether to approve the deal.

Forty-one-year-old David Sackler, a former Purdue Pharma board member and grandson of one of the company’s founders, “vowed in court on Tuesday that the family would walk away from a $4.5 billion pledge to help communities nationwide that have been devastated by the opioid epidemic, unless a judge grants it immunity from all current and future civil claims associated with the company,” The New York Times wrote.

“We need a release that’s sufficient to get our goals accomplished,” Sackler said in testimony via video at a hearing in US Bankruptcy Court for the Southern District of New York. “If the release fails to do that, we will not support it.” The family is worth $11 billion, a fortune boosted substantially by sales of OxyContin.