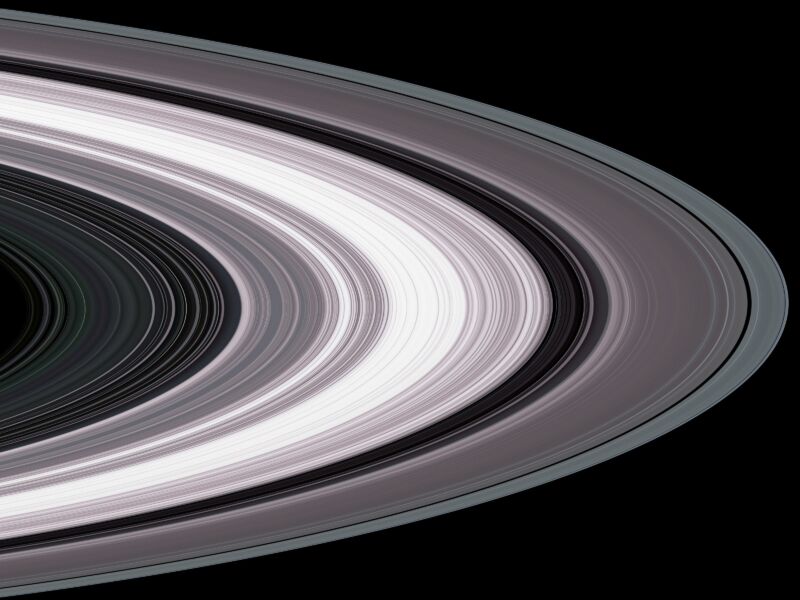 The formation of a gas giant involves a race against time. Planets come into being as newly forming stars heat up, a process that quickly drives all the stray gas out of the planet-creating regions nearby. To create a gas giant, a large, rocky planet has to form prior to this process and generate a large enough gravitational pull to draw in gas before it’s all pushed away.

The process should leave planets like Jupiter and Saturn with a solid, rocky core buried deep within the envelope of gas. But confirming that core composition has been difficult. Now, researchers have used features in Saturn’s rings to detect subtle gravitational influences from the core. While not definitive, the results suggest that the core is large, and the solid, rocky portion is widely spread out across that area.

Planets like the Earth and Mars were hot enough during their formation to establish a layered structure, with the heaviest elements at the core and lighter materials above. The same should occur in a planetary body that is large enough to draw in a massive gas envelope. As a result, early models of gas giant interiors suggested a series of layers: a metallic inner core surrounded by a rocky layer, and then metallic gasses compressed by the layers of gaseous atmosphere above them.

Next post $10,000 Invested in Defense Stocks When Afghanistan War Began Now Worth Almost $100,000