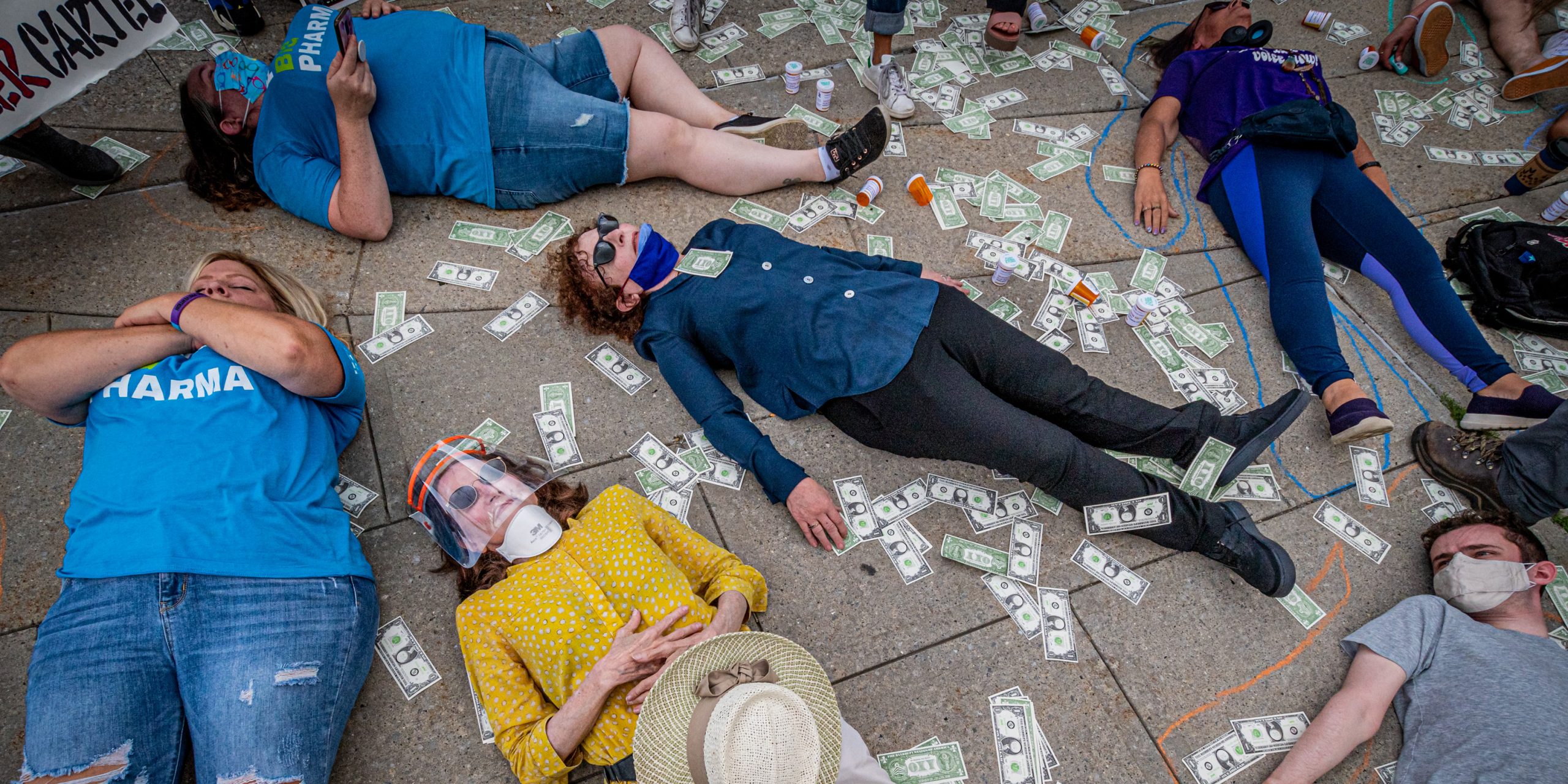 In the year and a half leading up to the trial, Purdue spent at least $1.2 million on federal lobbying expenses as it worked toward the settlement, an Intercept review of lobbying records shows. If the settlement is approved, the Sacklers will be making a contribution of $4.28 billion, which will leave them with over $6 billion at minimum in total assets — money that will be effectively untouchable by opioid crisis victims, even though it is Purdue going bankrupt, not the Sacklers.

“This whole bankruptcy was the Sacklers trying to buy immunity,” said activist Ed Bisch, who lost his son to an OxyContin overdose in 2001 and is a claimant and active opponent of the settlement. “The only question was what would be the price.”

Among the lobbyists paid by Purdue Pharma — maker of the opioid painkiller OxyContin — since it filed for bankruptcy reorganization in September 2019 are politically connected Brownstein Hyatt, which received $480,000, and Capitol Hill Consulting Group, which got $300,000.

The proposed Purdue settlement was announced in October 2020 by the Justice Department and later modified to increase the total cash settlement but with no changes to the liability release for the Sacklers. It hit a potential roadblock in March 2021 when House Oversight Committee Chair Carolyn Maloney, D-N.Y., introduced the SACKLER Act. That legislation would  “[close] a loophole in bankruptcy law by preventing individuals who have not filed for bankruptcy from obtaining releases [from further financial and criminal liability],” per the Oversight Committee’s website — the exact scenario which would enable the Sacklers to walk away with billions of dollars in cash. The proposed legislation has stalled with 63 co-sponsors in the House.

Lobbying records show that Purdue was “monitoring” the SACKLER Act, as well as other legislation including the issues related to Medicaid and the Affordable Care Act, while making lobbying payments to high-powered firms Brownstein Hyatt and Capitol Hill Consulting Group. The records are vague, as lax regulations allow corporations and lobbyists to avoid detailing their lobbying activities, but they showcase the ability of a company in bankruptcy proceedings to employ lobbyists with deep relationships on both sides of the aisle.

Even though the law does not consistently require firms to disclose payments for activities strictly related to monitoring, a spokesperson for Purdue Pharma said, “Both firms have been under contract with Purdue for professional services since prior to the bankruptcy. As we operate in a highly regulated industry, we monitor bills, hearings, and other activities in the normal course of business. While we have not done any direct lobbying related to the SACKLER Act, we do, of course, monitor Congressional activity in this area because upending the bankruptcy laws could directly impact our plan of reorganization.”

The Purdue spokesperson did not answer questions from The Intercept as to whether or not the court had approved these payments or how the company distinguishes between its own interests and those of the Sackler family.

There were 93,000 opioid deaths in 2020, a 29 percent increase from the prior year. (For comparison, there were 20,000 murders in the U.S. in 2020.) While there are many other opioids besides OxyContin, researchers found that Purdue’s aggressive marketing tactics around OxyContin played a major role in the opioid crisis.

Unlike most major corporations in the U.S., Purdue Pharma is privately held, meaning that members of the Sackler family were the majority shareholders. Some of them, notably 75-year-old former Purdue chair and president Richard Sackler, had a great deal of operational control over the company. Another family member, former board member Kathe Sackler, bragged in a 2019 deposition about coming up with the idea for OxyContin, according to journalist Patrick Radden Keefe’s book “Empire of Pain.” David Sackler, who joined the Purdue board in 2012, wrote in a 2007 email that an investment banker had told him, “Your family is already rich, the one thing you don’t want to do is become poor.” David Sackler continued: “My thought is to lever up where we can, and try to generate some additional income. We may well need it?.?.?.?Even if we have to keep it in cash, it’s better to have the leverage now while we can get it than thinking it will be there for us when we get sued.”

The Sacklers removed over $10 billion from Purdue Pharma from 2008 to 2017, though, as the Financial Times reported in 2018, Purdue isn’t the family’s only opioid venture. They also own little-known Rhodes Pharma, one of the largest off-patent generic opioid producers in the U.S. It is unclear how much the Sacklers have earned from Rhodes Pharma.

Denver-headquartered Brownstein Hyatt Farber Schreck is one of the largest lobbying shops in Washington and is a generous donor to Democrats and Republicans alike, donating nearly $2 million to candidates for federal office in 2020, according to the Center for Responsive Politics. Among their other clients are the Kingdom of Saudi Arabia and the private equity giant Apollo Global Management. Capitol Hill Consulting Group is a major player on health care; among its executives is Tom Wharton, a former aide to Joe Biden and Secretary of State Tony Blinken.

Neither Capitol Hill Consulting Group nor Brownstein Hyatt responded to requests for comment.

Alexis Pleus — whose son overdosed in 2014, a decade after he was prescribed OxyContin for a minor injury — said that Purdue’s use of lobbyists highlights the disparity between Big Pharma and victims of the opioid crisis: One side can pour millions into influence campaigns, while the other cannot.

Purdue’s use of lobbyists highlights the disparity between Big Pharma and victims of the opioid crisis.

“We can’t hire lobbyists, we work full-time jobs,” said Pleus. “It’s hard to even take a day off to advocate. My son spent 10 months in jail for stealing $130 worth of stuff from Walmart. We have a system for corporations and billionaires and then we have a system for the rest of us. It seems like they’re absolutely untouchable.”

In addition to members of Congress like Maloney and Sen. Elizabeth Warren, D-Mass., opposition to the settlement has come from the U.S. Trustee Program, which is charged with monitoring bankruptcy on behalf of the Justice Department, as well as powerful U.S. Attorney for the Southern District of New York Audrey Strauss. The U.S. trustee said in a July 19 filing “The Court Does Not Have Constitutional Authority to Enjoin Claims Against the Sackler Family,” as proposed by the settlement, as it “Would Exceed the Bounds of the Bankruptcy Clause” in the Constitution.

If the bankruptcy judge, Robert Drain, approves the settlement, the Department of Justice can seek to appeal it. It is unclear whether or not the Biden administration would do so. The Justice Department declined a request for comment.

The post As Purdue Pharma Sought Controversial Bankruptcy Settlement, It Spent Over $1.2 Million on Lobbying appeared first on The Intercept. 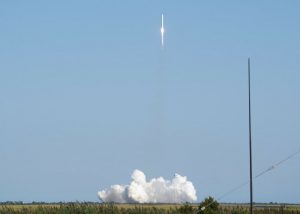