The Xiaomi Mi Pad 5 Pro, definitely using a design that has never been used before, especially not by any fruit companies. [credit:
Xiaomi ]

Android tablets are totally coming back, right? Google has launched a few tablet apps lately after years of neglect, it gave talks at Google I/O on how to design tablets apps, and the Android 12 developer preview shows the company is working on a taskbar-like UI for big-screen devices. Now, the world’s most popular Android device manufacturer, Xiaomi, is releasing an Android tablet for the first time in three years.

The Xiaomi Mi Pad 5 Pro seems just a little inspired by Apple’s flagship tablet, the iPad Pro. Xiaomi regularly produces wild, technology-packed designs, but it also occasionally falls back into old habits of being an Apple clone manufacturer. This is one of those times.

The company’s new tablet has an 11-inch, 120 Hz, 2560×1600 LCD and is relatively high-end with a Snapdragon 870 SoC (that’s a 7nm chip with four Cortex A77 cores and four Cortex A55 cores). The base unit comes with 6GB of RAM and 128GB of storage, with options for 8GB of RAM and 256GB of storage. There’s an 8600 mAh battery, NFC, a side fingerprint reader/power button, Wi-Fi 6 support, a USB-C port, and a whopping eight speakers, all split between the left and right sides. The frame and back are both aluminum, and the tablet weighs 515 g. 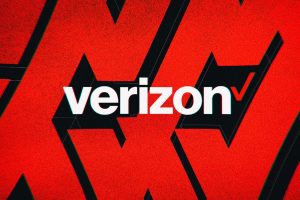