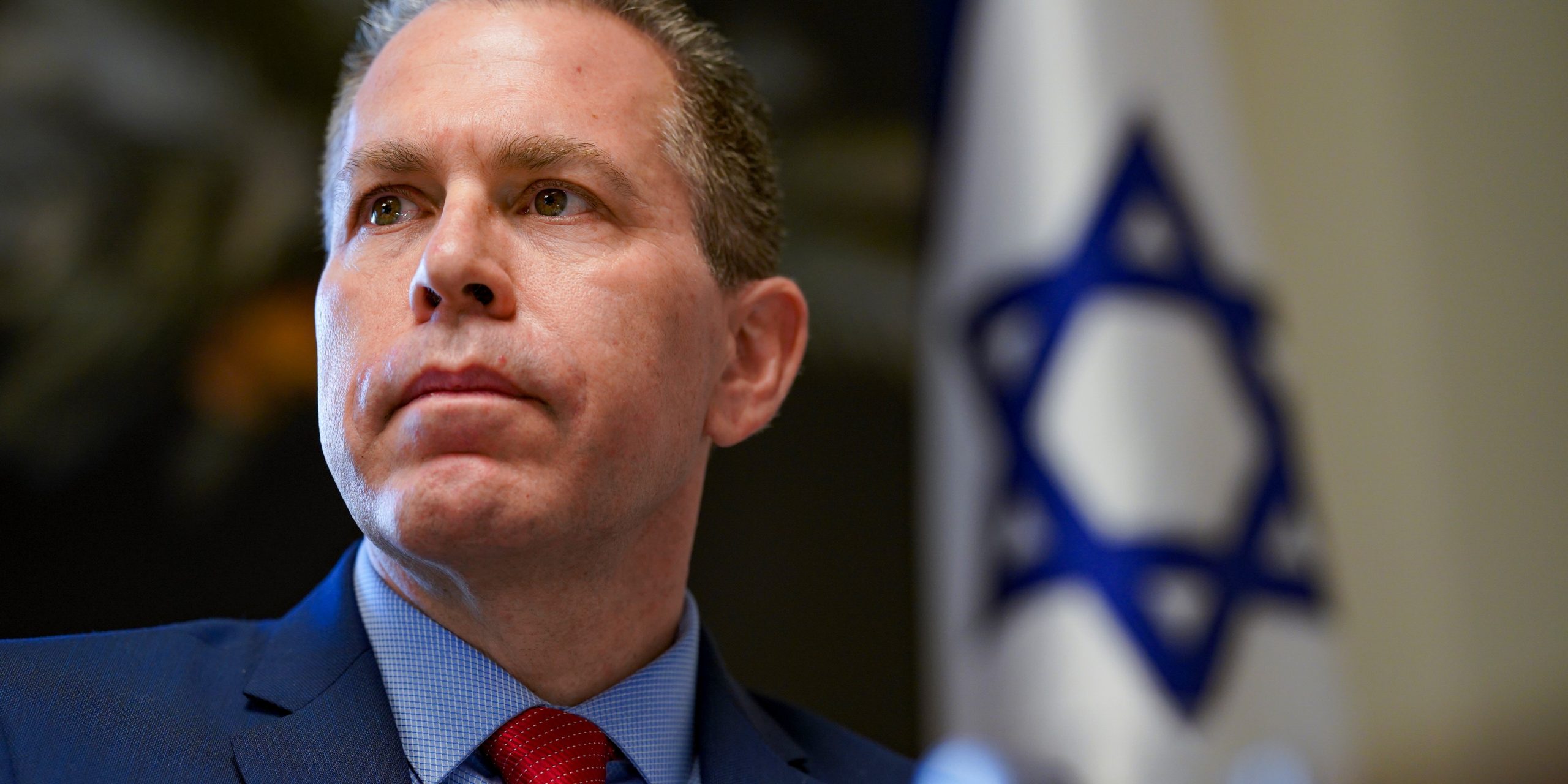 On Wednesday, a quiet but notable event occurred on Twitter. First, Robert Satloff, head of the Washington Institute for Near East Policy, posted the below tweet approvingly referring to “Israel’s nuclear deterrent.” Then the tweet was liked by Gilad Erdan, the Israeli ambassador to the U.S. and the United Nations.

It’s difficult to interpret this in any other way than Erdan confirming that Israel possesses nuclear weapons:

By blurring the distinction between #Israel’s nuclear deterrent and #Iran’s exterminationist nuclear project, I don’t think I’m alone in wondering whether ?@PeterBeinart? prefers a nuclear-free #MiddleEast or an Israel-free MiddleEast. https://t.co/3iz05Px76V

The significance of Erdan’s show of approval is that while Israel first built nuclear weapons in the 1960s, the Israeli and U.S. governments both refuse to explicitly acknowledge this. There have long been secret, formal agreements between the two countries to maintain this pose, starting with one codified by President Richard Nixon and Israeli Prime Minister Golda Meir in 1969.

Then came the Gulf War in 1991. U.N. Security Council Resolution 687 famously required Iraq to surrender and eliminate all nuclear, chemical, and biological weapons. But it also mentioned “the objective of the establishment of a nuclear-weapons-free zone in the region of the Middle East” and the “importance” of achieving this objective “using all available means.” This made Israel nervous. President Bill Clinton would eventually send Israel a secret letter stating that any American attempts at arms control would not involve Israeli nuclear weapons. Similar letters were signed by Presidents George W. Bush, Barack Obama, and Donald Trump.

The behavior of both countries would appear, on its face, silly and childish. After all, everyone on Earth who cares to know understands that Israel is a nuclear power. The denial of this leads to absurd behavior by U.S. officials, as documented by Sam Husseini of the Washington, D.C.-based Institute for Public Accuracy. A video compilation by Husseini features the 2004 Democratic vice presidential candidate John Edwards; the late Sen. Carl Levin, D-Mich.; George W. Bush’s Director of National Intelligence John Negroponte; former Secretary of State Condoleezza Rice; and many, many others providing nonsensical answers to Husseini’s simple question “Does Israel have nuclear weapons?”

However, there are rational reasons for the behavior of both countries. Two 1970s amendments to the 1961 Foreign Assistance Act appear to bar U.S. aid to any country with nuclear weapons that is not a signatory to the Treaty on the Non-Proliferation of Nuclear Weapons — at least without a formal presidential waiver. Sen. Stuart Symington, D.-Mo., author of one of the amendments, said at the time that “if you wish to take the dangerous and costly steps necessary to achieve a nuclear weapons option, you cannot expect the United States to help underwrite that effort indirectly or directly.” Thus all U.S. military and economic assistance to Israel may be illegal.

It has also long been the belief of the U.S. foreign policy establishment that an open Israeli acknowledgement that it possesses nuclear weapons would incentivize other countries in the Middle East to develop such weapons themselves.

In any case, the New York Times op-ed by Peter Beinart, a columnist and journalism professor, makes the case that this continued denial of reality is untenable. In particular, he writes, “the American government’s deceptive silence prevents a more honest debate at home about the dangers an Iranian nuclear weapon would pose.” While U.S. officials are well aware of who in the region has nuclear weapons and who doesn’t, regular Americans are not. A recent poll found that just 52 percent of respondents correctly said that Israel has nukes, while 61 percent incorrectly said that Iran does.

It’s unclear whether Satloff’s criticism of Beinart is that no one should acknowledge reality or that Beinart does not believe that the U.S. should straightforwardly endorse different international rules for Israel and Iran. Satloff’s organization, the Washington Institute, was founded by a former employee of the American Israel Public Affairs Committee and received funding from many of AIPAC’s top supporters.

Neither Erdan nor Satloff responded to a request for comment. Erban’s Twitter behavior was first cited by the writer Abe Silberstein.

The post Israeli Ambassador to U.S. Seemingly Acknowledges That Israel Has Nuclear Weapons appeared first on The Intercept.