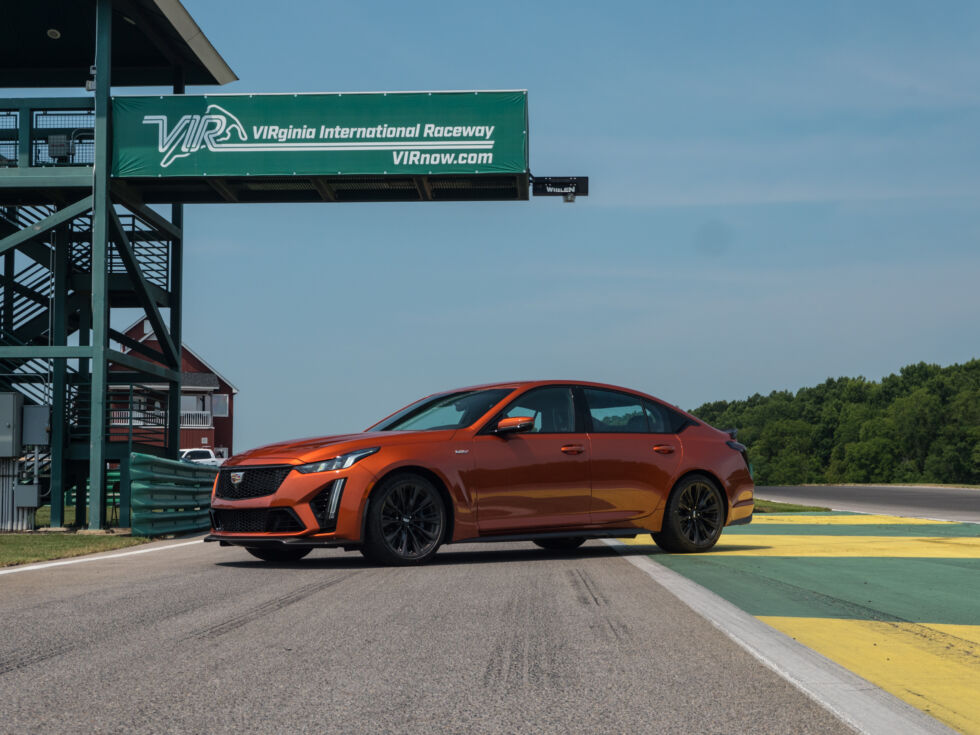 Virginia International Raceway was a pretty good place to get to know the Cadillac CT5-V Blackwing. [credit:
Jonathan Gitlin ]

Cadillac provided flights to Raleigh-Durham and two nights at Virginia International Raceway so we could drive its CT5-V Blackwing and CT4-V Blackwing (which we wrote about last week) on track. Ars does not accept paid editorial content.

ALTON, Va.—Cadillac is in the process of transforming itself into an electric-only brand, with the first of those EVs due next year. Which means the end for the high-performance V-series versions of its cars, at least until General Motors develops a performance version of its forthcoming Ultium battery technology. In the meantime, the engineers responsible for those V-series cars have just finished their final projects. Last week we discussed the outstanding track manners of the CT4-V Blackwing sedan. Today it’s the turn of its bigger sibling, the $84,990 CT5-V Blackwing.

“This is our last intended internal combustion engine version of the family here. We really felt like we wanted to go out on a high note,” said Tony Roma, Cadillac’s chief engineer. “The results, especially with the CT5, are the fastest, most powerful Cadillac we’ve ever done, by a longshot,” he said. And he means it. The hand-built, supercharged 6.2 L V8 provides the CT5-V Blackwing with 668 hp (498 kW) and 659 lb-ft (893 Nm), which translates to headline performance numbers like 0-60 mph in 3.4 seconds and a top speed that Roma says is “well over 200 mph” (321 km/h). Not bad for a midsize sedan that weighs 4,123 lbs (1.870 kg).

To go with the massively powerful engine, Cadillac has added massive brakes—398 mm rotors at the front and 374 mm at the rear—which, thanks to improvements like a dedicated parking brake caliper, helped the CT5-V Blackwing’s engineers lose 65 lbs (29 kg) of unsprung mass from the car. For those who want to shed even more rotating mass, or maybe just don’t like dealing with brake dust, there’s also now an option of carbon ceramic rotors instead (400 mm front, 370 mm rear).