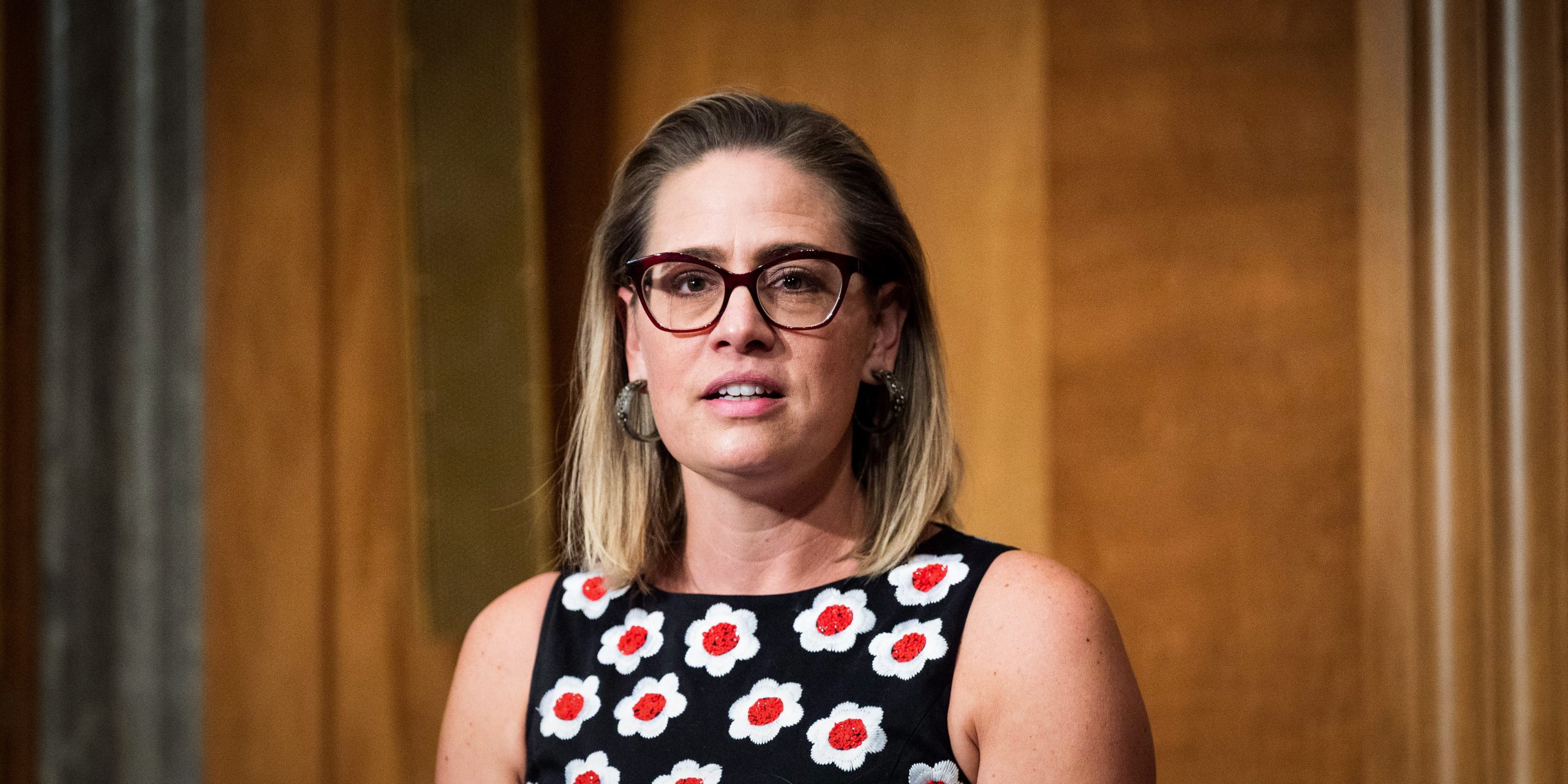 Public relations experts working for a mysterious client have been preparing ghostwritten opinion columns set to run in Arizona newspapers.

The columns sharply warn Democratic Sens. Mark Kelly and Kyrsten Sinema to oppose civil litigation reform legislation designed to prevent Americans from being forced into binding arbitration. If enacted, the legislation would ensure consumers’ and employees’ rights to pursue civil litigation against corporations, rather than going through a private arbitrator.

The catch? The consultants couldn’t find local Arizona residents to author the columns. Instead, they are offering as much as $2,000 to help identify “normal, everyday” people willing to sign their names to prewritten arguments.

Emails shared with The Intercept show that Drew Johnson, a former journalist, reached out to a group of consumer attorneys last week for assistance with the ghostwritten push to pressure Kelly and Sinema.

“I’m a columnist and a scholar at several public policy think tanks in Washington,” wrote Johnson. “I’m currently working on an effort with the U.S. Chamber of Commerce and a coalition of think tanks, arbitration professionals and businesses to fight back against the FAIR Act.”

“I’ve written several Arizona-focused newspaper op-eds explaining why a ban on arbitration would harm employees, consumers and businesses. My hope is to find a normal, everyday person who has benefitted from arbitration to sign on to the op-ed pasted below as the author,” Johnson explained. “If one of your clients is willing to sign on to the piece, I can offer you $2,000 for your time.”

The attached draft opinion column imagines a hypothetical situation in which “it’s six o’clock on a Friday night and you come home to find your refrigerator and freezer are broken.” The cold beers are warm, and groceries must be thrown out. The best way to resolve the dispute with the refrigerator manufacturer, the column argues, is through binding arbitration, a process placed in danger by the FAIR Act.

The FAIR Act, also known as the Forced Arbitration Injustice Repeal Act, sponsored by Rep. Hank Johnson, D-Ga., eliminates forced arbitration agreements in employment, consumer, and civil rights cases. The bill passed the House of Representatives in 2019 before stalling in the Senate; the legislation has been revived this year. If signed into law, the bill would allow voluntary arbitration only if the customer or employee agrees to it instead of civil litigation.

Opponents of the practice argue that the private arbitrators tend to favor corporations, which usually stipulate in arbitration clauses that they have the sole power to select which arbitration firms are used. Private arbitrators are not required to follow legal precedent; appeals are rarely allowed; and most arbitrations are conducted in secret, meaning that cases involving defective products or employment abuse are kept hidden from public view.

The proceedings also tend to restrict discovery, the process by which parties obtain information, and do not allow punitive damages, a basic element of civil litigation to deter businesses from fraudulent or abusive practices.

Yet proponents argue that arbitration is a cheaper and faster process than civil litigation. The cases are quickly brought to arbitration firms. Disputes are resolved rapidly, without the need for an employee or customer to seek the costly services of an attorney. The proponents claim that the civil litigation process is a financial boon primarily for class-action attorneys, not customers or employees.

The U.S. Chamber of Commerce, the largest corporate trade association in America, which spends more on lobbying Congress than any other entity and represents firms ranging from Goldman Sachs to AT&T to Walmart, has made the defeat of the FAIR Act a major focus. The Chamber has vowed to reward opponents and punish supporters of this legislation by making it a “key vote” it uses to score members of Congress.

But the identity of the business coalition financing the push to build popular opposition to the FAIR Act is still shrouded in secrecy.

In his email to the attorneys, Drew Johnson identified himself as a “senior scholar” for the National Center for Public Policy Research, a conservative-leaning think tank.

But David Ridenour, the president of the National Center for Public Policy Research, denied any affiliation with this specific campaign against the FAIR Act in an email to The Intercept. “Your email inquiry was forwarded to me and as the CEO and the only employee empowered by our board to authorize expenditures, I can tell you with complete certainty that the National Center for Public Policy Research is not offering attorneys $2,000 to help fight the FAIR Act. This is not our effort. While Drew Johnson is a senior scholar with the National Center, he does not work for us exclusively,” wrote Ridenour.

Johnson told The Intercept that he was in fact contacting attorneys on behalf of his spouse, who owns a small public relations firm.

“I helped her find voices for a FAIR Act project,” he wrote in an email. “I will not disclose her clients, but I can say unequivocally that the Chamber is NOT a client and neither of us have had any discussions with anyone at the Chamber about the FAIR Act. Also, no think tank I work with has anything to do with the project. This is my wife’s project and I was just helping her out.”

The email was followed by an email from Sarah Johnson, who said her firm, Spotlight Liberty, was tapped to build opposition to the FAIR Act.

“I will be happy to share client information as soon as the trial lawyers funding the lobbying and media effort in support of the FAIR Act disclose all of the lobbying firms, PR companies and media outlets they are working with,” wrote Sarah Johnson, who accused The Intercept of obtaining her husband’s “poorly worded email” from the “trial lawyers lobby.” (The Intercept received the email from a source who is not a lobbyist or paid by any advocacy group.)

It was surprising that the Johnsons had reached out to a group email list used by consumer attorneys for help seeking to oppose the FAIR Act, the source said. Consumer attorneys are typically inclined to oppose binding arbitration agreements.