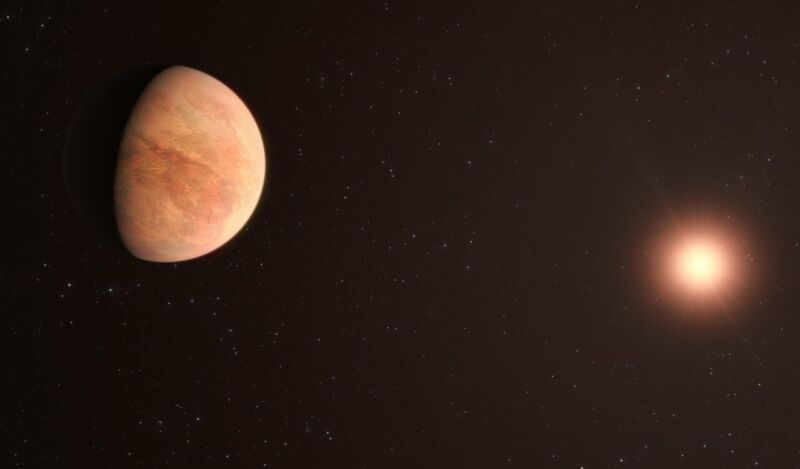 Most of the exoplanets we’ve discovered have been identified by large surveys like the Kepler mission or the Transiting Exoplanet Survey Satellite (TESS). While these projects are great at spotting stars that host planets, they mostly just tell us that the planets are there. Understanding an exosolar system and its planets requires multiple follow-up observations—and the telescope time that goes with them. Here, the phenomenal success of the surveys has given us far more to observe than we can get to conveniently.

But the follow-ups can provide critical information, as a study released this week makes clear. In it, the researchers describe observations of a three-planet system discovered by TESS. Using the additional observations, the researchers find that there are likely to be two other planets that TESS couldn’t see and that one it spotted is the least massive exoplanet described to date.

The system is called L 98-59, and it has a couple of properties that make it a great candidate for follow-on observations. One plus is that it’s fairly close, at least in galactic terms, being only about 35 light-years from Earth. It’s also located where it will spend a lot of time within the field of view of the James Webb Space Telescope, should that mission successfully make it to its operational orbit. That means it will be relatively convenient to obtain enough imaging to study the atmospheres of the system’s planets.