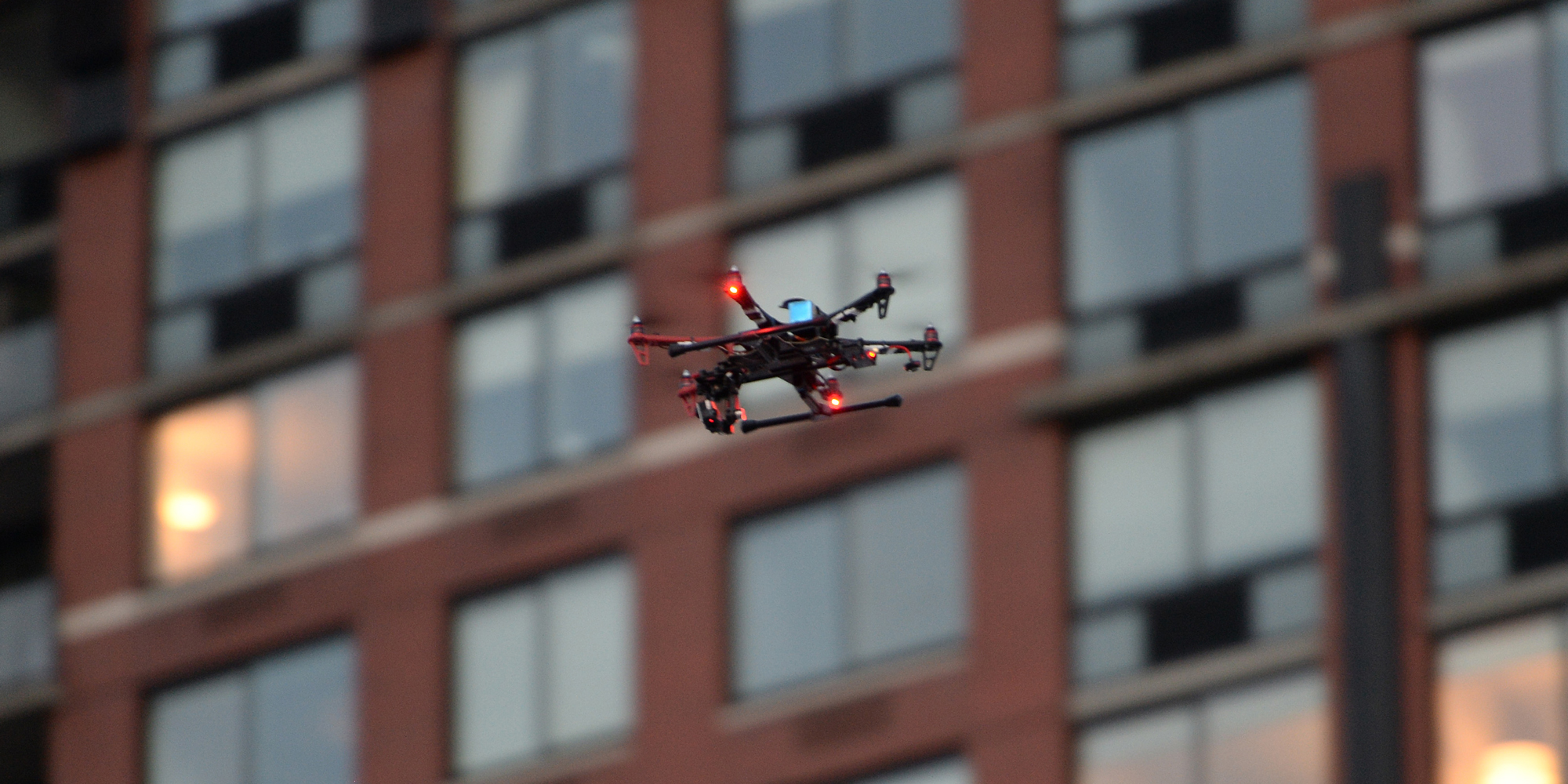 Buried in the Senate’s bipartisan infrastructure bill is a grant program that would distribute $500 million to cities to experiment with sensors, autonomous vehicles, drones, and other technologies intended to improve urban living standards.

But some are worried these technologies will only enable more government surveillance.

“This is a form of surveillance, often involving police, that invades privacy, deters protest in public places, and all-too-often disparately burdens people of color,” said Adam Schwartz, senior staff attorney at the Electronic Frontier Foundation, a digital rights organization. “It is unfortunate that the bipartisan infrastructure bill would invest a half billion federal dollars in these troubling surveillance technologies, without adequate privacy safeguards.”

The infrastructure bill — which is currently stalled amid debate over cryptocurrency regulation — doesn’t mention police involvement, but Chad Marlow, senior policy counsel at the American Civil Liberties Union, said law enforcement often tries to get its hands on data collected by transportation departments. The ACLU has worked with city councils across the country to pass laws ensuring community oversight of new surveillance technology, and Marlow said the new bill must guarantee that governments applying for grants gain the consent of local residents. “It is critically important that we focus in, and center the opinions of, the people who live in those communities to hear what they think,” he said.

The proposal does include some safety mechanisms, such as prohibiting license plate readers, but Schwartz and Marlow agreed the protections don’t go far enough to prevent law and immigration enforcement from accessing collected data. “When you’re talking about transportation data, movement of people, that is information that is very, very hard to de-identify and prevent reidentification,” Schwartz said.

The idea for the grant program borrows from the futuristic “smart city” concept that local governments nationwide and around the world — including in South Bend, Indiana, under the mayorship of Transportation Secretary Pete Buttigieg — have adopted in hopes of revitalizing business, health, and safety in poorer and congested communities. Often cheered on by major technology corporations seeking lucrative contracts, the concept envisions using high-speed networks of shared sensor data, known as the Internet of Things, to help manage the flow of people, commerce, and energy at reduced costs.

Rep. Yvette Clarke of New York, the second most powerful Democrat on the House’s Energy and Commerce Committee, has been a proponent of smart city technology and argued the infrastructure bill actually doesn’t go far enough. Clarke told The Intercept in an email Thursday that while she’s glad the bill would issue grants and create an online resource center to help local governments, “we need a coordinated effort by the entire federal agency apparatus to support the adoption of smart community infrastructure and technologies that will take our communities into the 21st Century.”

In order to accomplish that, Clarke said in the upcoming budget reconciliation process she will advocate for the more robust federal support outlined in the “Smart Cities and Communities Act” she and Rep. Suzan DelBene, D-Wash., introduced in May. Endorsed by the Software Alliance that represents Amazon, Microsoft, Salesforce, and others, the bill would authorize $1.1 billion to aid technology adoption, arguing that American cities are lagging behind local governments around the world, which are poised to spend $41 trillion over the next 20 years.

Clarke and DelBene do propose getting civil liberty organizations involved and preserving data privacy, but they don’t call for prohibitions on specific technologies like license plate readers or curtailing law enforcement access to certain information. “As technology becomes increasingly woven into the fabric of civil society and municipal functions, we must ensure that proper safeguards are in place from the onset to protect our civil liberties,” Clarke said today.

While announcing their bill earlier this year, the two lawmakers pointed to the environmental and health benefits of technologies being implemented across the country, like localized sensors to better predict weather and reduce flash flooding in Seattle or smart street lights to save on energy costs in Spokane. They also noted apparent security benefits, like Boston’s deployment of a “sensor-based gunfire detection system” or Los Angeles’s addition of bike lanes and officers where data showed there were dangerous intersections.

Meanwhile, Los Angeles’s rollout of smart technology has come under close scrutiny from activists. Last year, the EFF and ACLU sued the city’s transportation department for requiring electric scooter rental companies to share riders’ real-time GPS data with government officials. They argued the government could use this location data to identify people and that information could ultimately be shared, stolen, or subpoenaed. The lawsuit followed California’s controversial deployment of license plate readers as well.

Marlow of the ACLU said it could be possible with very strict regulations in place to have cities use smart technologies to improve urban living standards without opening the door to more police surveillance. More importantly, though, “it really should not be up to the ACLU or Congress or anyone else thinking in a macro sense what is and is not acceptable levels of risk,” he said. “All of that should be placed within the people who live in those communities.”

Next post In Senate Bid Launch, Conor Lamb Appears to Misremember His Own Record