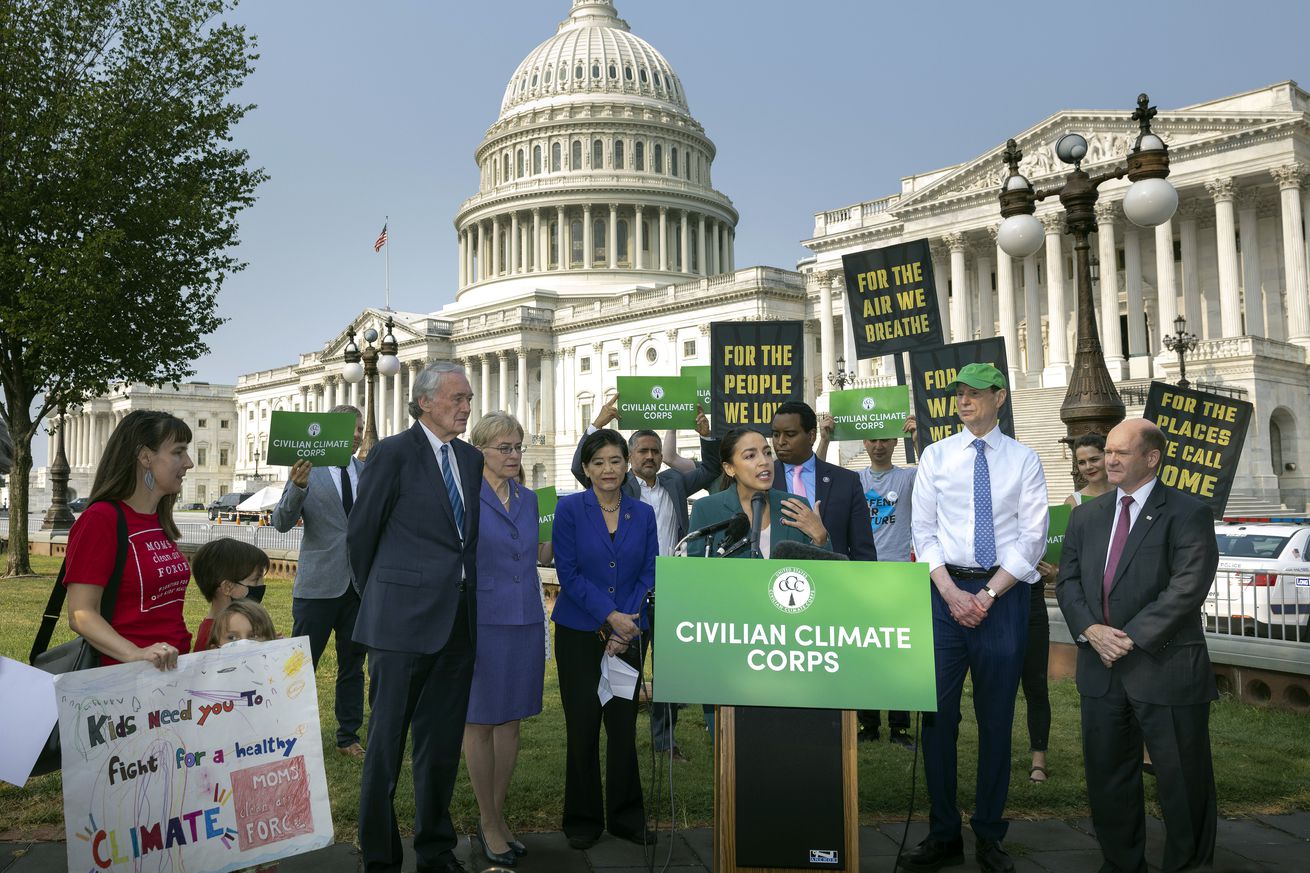 If Democrats and progressives have their way, tens of thousands — or even millions — of Americans could soon find work planting urban trees, managing forests, and making homes more energy efficient and resilient to the ravages of climate change. They’d form a new “Civilian Climate Corps” that lawmakers and activists are hoping to fund through the budget reconciliation process.

The idea has picked up significant momentum

For more than a decade, different proposals have floated around for a new civilian mobilization focused on climate adaption. Recently, the idea has picked up significant momentum. The most ambitious proposal yet was introduced by Senator Ed Markey (D-MA) and Alexandria Ocasio-Cortez (D-NY) in April. Joe Biden proposed a…