Thunderbolt 4 is still relatively early on, but that isn’t stopping Intel from working on its next version of the connectivity standard, Thunderbolt 5. And thanks to a hastily deleted tweet from Intel executive Gregory Bryant that was caught by Anandtech, we’ve already gotten a sneak preview at the next-generation Thunderbolt standard, which could offer twice the speed of Thunderbolt 4 while maintaining physical USB-C plugs.

The most notable thing on the post was a title for “80G PHY Technology” — referencing a physical connector that offers 80Gbps connections, which would be twice the speeds offered by Thunderbolt 4 (which maxes out at 40Gbps).

The next line confirms that the new technology still… 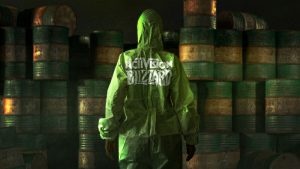