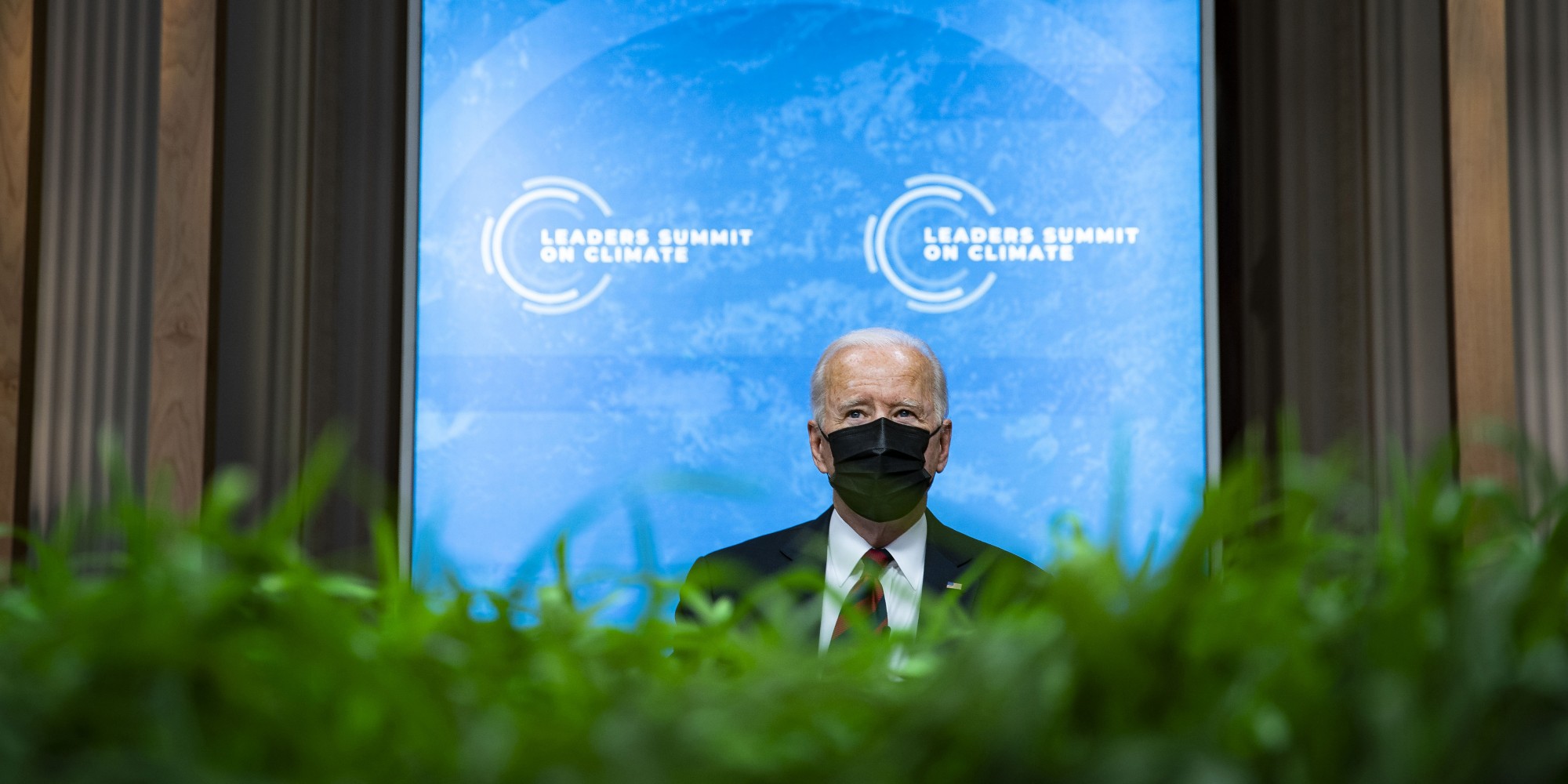 As Congress inches closer to approving billions in new spending for climate resilience projects through the American Jobs Act, many environmental advocates are wondering: What about countries that can’t afford such investments?

Advocates had high hopes that Joe Biden, who campaigned on emphasizing both global climate leadership and environmental justice, would prioritize international climate finance — that is, the transfer of money to low-income countries so they can effectively reduce their own carbon emissions — if elected president. Rich nations like the U.S. have historically emitted the most carbon dioxide into the atmosphere; poorer countries, which account for more than 60 percent of the world’s carbon dioxide emissions now, are expected to contribute nearly 90 percent of emissions growth over the next two decades. Climate financing provides Biden with the chance to lead internationally as well as to restore trust in the U.S., which lost immense credibility under President Donald Trump.

Biden would contribute money primarily through the Green Climate Fund, a reserve established by the United Nations in 2009 to finance mitigation and adaptation projects in low-income countries. In 2014, 43 countries pledged to raise $10.3 billion for such projects, with the U.S. pledging $3 billion over four years.

Though the Obama administration got $1 billion out the door, Trump ended U.S. support for the effort. When Biden came into office, the hope was that he’d not only back pay the U.S.’s outstanding commitment but also join other rich nations in making new, more ambitious pledges. But so far, nothing has materialized.

That’s not for lack of pressure. This past February, a coalition of leading environmental, faith, and development groups sent a letter to the new Biden administration urging an immediate $8 billion commitment to the Green Climate Fund, both to pay the U.S.’s outstanding $2 billion from its 2014 pledge and to commit another $6 billion, bringing the U.S. in line with peer nations that doubled their initial pledges in 2019.

This request was echoed in a letter signed by 40 members of Congress in late March, led by Rep. Adriano Espaillat, D-N.Y. Like the nongovernmental organizations in February, the members also urged a new $6 billion commitment and called specifically for $4 billion in the president’s forthcoming fiscal year 2022 budget, to both pay off the outstanding $2 billion pledge and to include the first installment of the new $6 billion one. “We believe this funding is essential to our shared goals of mitigating and adapting to climate change,” the letter states. “Such investment will also have the welcome effect of putting the United States on a new, restored path of global leadership.”

Yet in April, the Biden administration’s budget request included just $1.25 billion for the Green Climate Fund, not even enough to fulfill the U.S.’s outstanding $2 billion pledge from 2014. And in its recently released guidance for its Justice40 Initiative — executive actions “to tackle the climate crisis at home and abroad” — the White House does not even mention the U.S. Agency for International Development, the agency tasked with international climate resilience and risk management work, despite referencing 20 other federal departments.

“The U.S. has a tendency to tout leadership, but from our perspective, the U.S. has not really been a leader on climate if you look at what they’re actually putting on the table,” said Niranjali Amerasinghe, executive director of ActionAid USA. While she acknowledged that political leaders have a poor track record on climate finance, she said climate justice advocates were hopeful that after four years of climate denial and all the success from the climate youth movement, the administration would embrace what “true leadership” could look like. “From our perspective, that would be not just rhetoric and calling other global leaders to the table but delivering on emission-reduction commitments that reflect its fair share and putting real money forward, and not just a few billions,” she said.

Typically, the White House puts forward more ambitious requests in its budget proposals, and then Congress negotiates from there — i.e., exactly what’s playing out with the ongoing infrastructure debate. But with climate finance, the House of Representatives actually declined to accept the administration’s low figure and approved $1.6 billion for the Green Climate Fund in fiscal year 2022. The Senate is still hammering out its budget.

“If the White House had made a bigger ask as an opening to negotiating, would that have given the climate hawks in Congress a bit more space to play with?” asked Joe Thwaites, a climate finance expert at the World Resources Institute. “You hear all the time that ‘the U.S is back’ and that ‘the U.S is a climate leader,’ but right now they’re taking a real à la carte approach to leadership.”

In addition to its Green Climate Fund commitments, the Biden administration pledged another $4.5 billion toward climate finance, an overall sum of $5.7 billion. To put in context the administration’s proposed climate finance commitments, at the recent G-7 Leaders’ Summit in June, Germany pledged to start contributing $7.2 billion per year by 2025, even with an economy one-fifth the size of the U.S. And as Thwaites has pointed out, the European Union, despite having a combined economy that’s three-fourths the size of the U.S., has already pledged more than four times as much in public climate finance, committing $24.5 billion in 2019.

A spokesperson for John Kerry, the U.S. special presidential envoy for climate, referred questions about the Biden administration’s climate finance commitments to the U.S. Treasury, which is the lead agency on the Green Climate Fund.

In response to The Intercept’s inquiries, a Treasury spokesperson pointed to Secretary Janet Yellen’s creation of a so-called climate hub to coordinate policy and reiterated the Biden administration’s intention “to make good” on the $2 billion outstanding pledge from 2014. The spokesperson described the $1.25 billion request “as a first step” and reiterated Yellen’s support for the Green Climate Fund. “As laid out in the U.S International Climate Finance plan, we will strategically use a range of bilateral and multilateral channels to do this, with the aim of maximizing catalytic impact of each U.S. public dollar, including in terms of leveraging private investment,” they said in an email. “Secretary Yellen recognizes the urgency act and has positioned the Department of Treasury to act boldly.”

There’s debate over exactly how much is needed for the U.S. to contribute its fair share, but advocates have urged the administration to factor in the country’s historical emissions when making that decision. One analysis published in June by the Overseas Development Institute, a London-based think tank, estimated that given the U.S.’s historical emissions, its population, and its gross national income, it should contribute about $41 billion every year to climate finance projects. An analysis by the World Resources Institute said the U.S. should give 45 percent of contributions to the Green Climate Fund. A third estimate, put forward earlier this year by a number of nonprofit groups — including ActionAid USA, Oil Change International, Friends of the Earth U.S., and the Sunrise Movement — put the fair-share figure at $800 billion between 2021 and 2030. No matter the estimate, the broad consensus is that the $5.7 billion figure put forward by the Biden administration is far below what’s needed.

Some climate activists have been willing to give the Biden administration more of a grace period in its first year. Clarence Edwards, the Friends Committee on National Legislation director for energy and environmental policy, told The Intercept that he sees Biden’s climate finance commitments as “a great start” and added that “it’s only been six months and going in the right direction.”

Edwards noted the challenge in moving federal bureaucracies even on good days and said he thinks that the administration’s focus on the U.S.’s domestic climate agenda, including the infrastructure bill in negotiations, has to take precedence politically. “Glasgow” — referencing the 2021 U.N. Climate Change Conference, which will take place in the city in December — “will be interesting because by then, with the American Jobs Plan, the world will know where the U.S. stands domestically,” Edwards said. “But if our Covid response is a coming attraction to how Western, developed countries are going to handle the climate crisis, then that’s not good news.”

Lauren Stuart, a climate change policy adviser at Oxfam America, disagreed that the administration needs to wait to hash out its domestic policy first but echoed Edwards in calling the administration’s initial commitments “a good first step, a floor.” She said the biggest challenge is an uncooperative Congress, though when asked why the House exceeded the White House’s budget request, she said, “It’s just been a messy process this year, complicated with a new administration.”

Rep. Hal Rogers, R-Ky., the ranking member of the House Appropriations state and foreign operations subcommittee, has been a vocal critic of climate finance, and in a May congressional hearing, he suggested that the proposed international climate spending was “irresponsible and misguided at best.”

Still, in Congress, other leaders are pushing for more — and pushing the Biden administration to be more ambitious. Espaillat reintroduced the Green Climate Fund Authorization Act in April, and Democratic Sens. Chris Murphy and Chris Van Hollen as well as Reps. David Cicilline and Ami Bera separately asked for $3 billion for the Green Climate Fund in fiscal year 2023.

“While I believe we need to provide much more support to the Green Climate Fund and have authored legislation to do just this, I believe Congress is demonstrating to the administration and our global partners that we take our commitments seriously and fully intend to start a new form of American leadership on the climate crisis,” Espaillat told The Intercept.

At the annual U.N. climate meeting this winter, as countries begin to negotiate new climate finance pledges, there will be more pressure for the Biden administration to up its commitments.

“The U.S. wants to be a climate leader, to project influence, and I think what they’ve been discovering … is that they’re not negotiating from a position of strength.”

“The U.S. wants to be a climate leader, to project influence, and I think what they’ve been discovering — whether it’s G-20 or in the mini negotiations ahead of COP26 [the U.N. climate meeting] — is that they’re not negotiating from a position of strength,” Thwaites said. “There’s a profound lack of trust in the U.S, in part from the Trump legacy.”

In July, Kerry delivered a major policy speech in London on global climate action and was pressed immediately by members of the media about the U.S.’s climate finance commitments. Kerry affirmed that the U.S.’s pledge would be discussed at the G-20 meeting days later in Naples and said he had spoken to the president about it recently. “The U.S. plans to announce its contribution before the Glasgow conference or risk affecting the dynamic of that event,” he told the audience.

Now activists want to make sure that the Biden administration sticks to its word. “We hear a lot from the administration about environmental justice,” said Stuart of Oxfam America. “But it’s been really focused domestically. There’s a lot of opportunity to scale up that thinking internationally.” 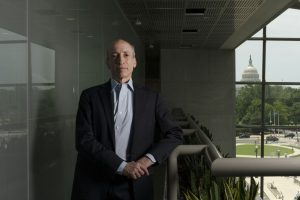