Smoke rises over the mountains in Lytton, as firefighters battle the fires in British Columbia, July 6, 2021. | Photo by Mert Alper Dervis/Anadolu Agency via Getty Images

The devastating heatwave that struck the Northwest US and southwest Canada in June was “the most extreme summer heatwave” ever recorded in North America, according to a new analysis from nonprofit research group Berkeley Earth. That’s based on the magnitude of the heatwave, or how much warmer it was than normal. Record temperatures in the region reached roughly 20 degrees Celsius (or 36 °F) hotter than average in June.

The consequences of that heat are…

Previous post Hands-on: Here’s how tags work in the Reminders app on iOS 15 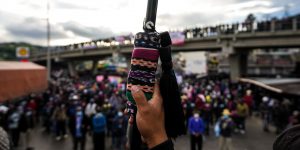 Next post Guatemalan Communities Turn Out for Indigenous-Led Nationwide Shutdown