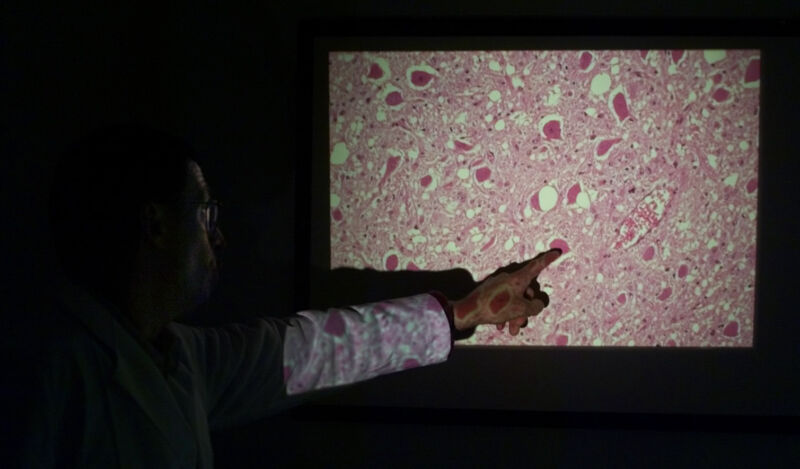 If the case is found to be linked to a laboratory exposure, it would be the second such case identified in France. In 2019, another lab worker in the country died of a prion disease at the age of 33. Her death came around nine years after she accidentally jabbed herself in the thumb with forceps used to handle frozen slices of humanized mouse brains infected with prions.

Prions are misfolded, misshapen forms of normal proteins, called prion proteins, which are commonly found in human and other animal cells. What prion proteins do normally is still unclear, but they’re readily found in the human brain. When a misfolded prion enters the mix, it can corrupt the normal prion proteins around them, prompting them to misfold as well, clump together, and corrupt others. As the corruption ripples through the brain, it leads to brain tissue damage, eventually causing little holes to form. This gives the brain a sponge-like appearance and is the reason prion diseases are also called transmissible spongiform encephalopathies (TSEs).

Next post Snapchat is crashing for a lot of people again