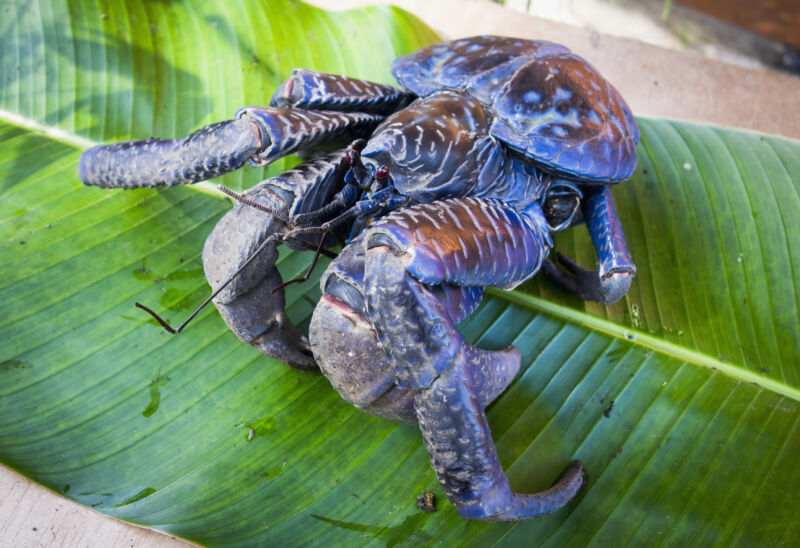 Enlarge / It sure looks like a crab, but it isn’t. Why are crab-like forms so common? (credit: David Kirkland / Design Pics)

Many organisms on planet Earth aren’t crabs. Dogs, for instance—definitely not crabs. Science also suggests that humans are not, in fact, crabs. But a surprising number of creatures either are crabs or look a lot like them. For example, a hermit crab has a distinctly crab-like appearance but is not technically a real crab. Hermit crabs are not alone; over the history of life on Earth, there have been five separate cases in which decapod crustaceans have evolved this way, a process common enough that it has picked up a formal term: carcinization.

Around a year ago, this evolutionary process captured the imagination of the Internet. Headlines like “Why everything eventually becomes a crab” and “Why Does Evolution Keep Turning Everything Into Crabs” popped up. PBS even made a video.

“Everything” is clear hyperbole—the overwhelming majority of things on Earth are not crabs and seemingly have no plans to become them. But if there are benefits to having a crab-like shape on Earth, should we view that as a general rule of life? Could it hold true on other planets? If the process of carcinization operates here, it’s not unreasonable to expect that it might happen elsewhere.