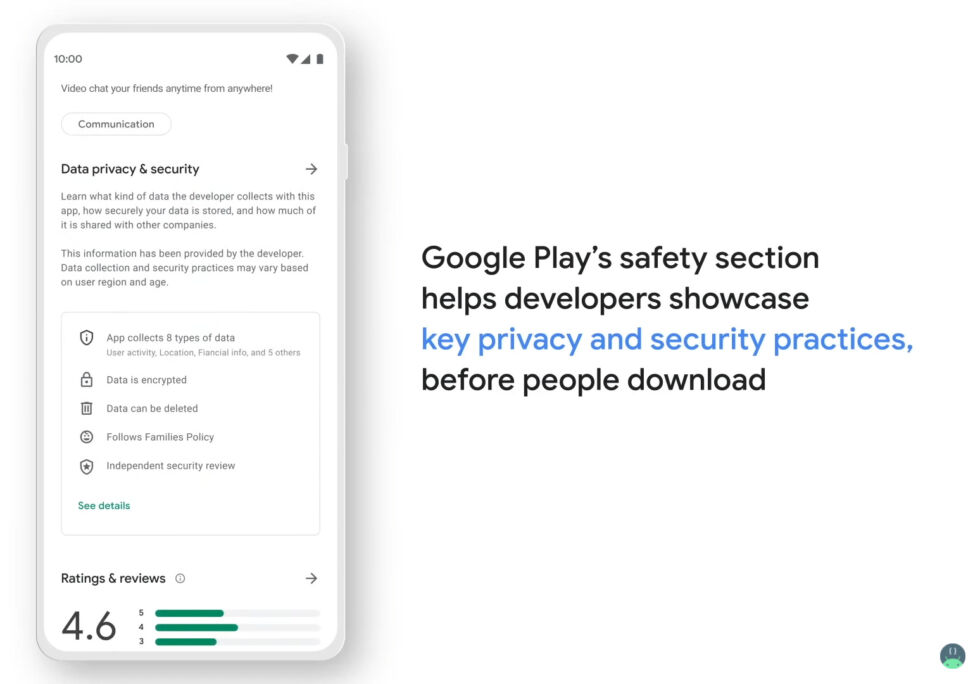 In iOS 14, Apple added a “privacy” section to the app store, requiring app developers to list the data they collect and how they use it. Google—which was one of the biggest targets of Apple’s privacy nutrition labels and delayed app updates for months to avoid complying with the policy—is now aping the feature for Google Play.

Google posted a demo of what the Google Play “Data privacy & security” section will look like, and it contains everything you’d expect if you’ve looked at the App Store lately. There’s information on what data apps collect, whether or not the apps share the data with third parties, and how the data is stored. Developers can also explain what the data is used for and if data collection is required to use the app. The section also lists whether or not the collected data is encrypted, if the user can delete the data, and if the app follows Google’s “Families” policy (meaning all the usual COPPA stuff).

Google Play’s privacy section will be mandatory for all developers in April 2022, and starting in October, Google says developers can start populating information in the Google Play Console “for review.” Google also says that in April, all apps will need to supply a privacy policy, even if they don’t collect any data. Apps that don’t have an “approved” privacy section by April may have their app updates rejected or their app removed.