In March, NASA released audio of its Perseverance rover firing lasers on the surface of Mars. Now China has released audio of what it says is its Zhurong rover arriving on the red planet and getting settled in, Space News reports. China has also released pictures of its Mars rover, which is unexpectedly cute as we saw in its first “selfie” a few weeks ago.

Listen to what it sounds like as Zhurong rolls down the ramp of its lander vehicle on to the surface (but just to manage your expectations: you’re not going to hear any “pew pew pew” noises).

The solar-powered Zhurong first landed on Mars in May, part of China’s Tianwen-1 mission which arrived in Mars’ orbit in February. After descending from the Tianwen-1 orbiter above the planet’s…

Previous post Poll: Would you consider buying a 14-inch or 16-inch iPad Pro? 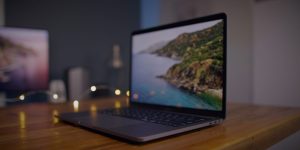