Enlarge / University of Bonn physicists were inspired to investigate the aerodynamics of flying beer mats after traveling to Munich with a German physics demonstration show. (credit: sheck / iStock / Getty Images Plus)

Many a pub crawler has engaged in the time-honored tradition of throwing beer mats—those round cardboard coasters that are ubiquitous in bars—as if the mats were frisbees, often competing to see who can throw one the farthest. But unlike frisbees, beer mats tend to flip in the air and fly with a backspin. Now physicists at the University of Bonn have come up with a theoretical model to explain the phenomenon, according to a new paper submitted to the physics arXiv preprint server.

Thanks to their natural curiosity, physicists are fascinated by the physics of beer, and lead author Johann Ostmeyer is no exception. A couple of years ago, he became intrigued by the physics of so-called “beer tapping”: a common prank where the perpetrator, holding an open bottle of beer, finds a target in the bar holding another open bottle. The prankster strikes the top of the target’s bottle with the bottom of their own, then savors the sight of beer explosively foaming all over the target’s hands and clothes.

Back in 2013, Javier Rodríguez-Rodríguez, a physicist at Carlos III University of Madrid, and several colleagues presented experimental and computer-simulation findings of why beer cans foam up so much after being shaken. They concluded that the foaming-over stemmed from a series of waves. Apparently the physics is similar to the development of the cloud in an atomic bomb, although the source of the “explosion” is very different.

Previous post Why 2021’s heat waves are so brutal 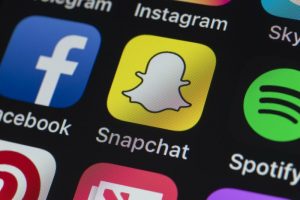