Logitech is releasing a version of its Combo Touch keyboard case, which has a Microsoft Surface-style kickstand and a detachable keyboard with an integrated trackpad, for the fourth-generation iPad Air. The case will cost $199.99, making it $100 cheaper than Apple’s Magic Keyboard that fits the iPad Air, and it will be available in July.

The Combo Touch’s keyboard is powered by the iPad’s Smart Connector, meaning that you won’t need to charge up the keyboard on its own, and it offers backlit keys and iPadOS shortcut keys. The case also a handy open spot at the top where you can store a second-gen Apple Pencil, which attaches magnetically to the iPad. 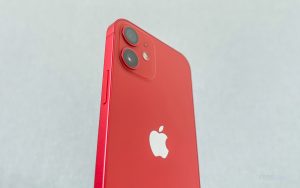 Next post Comment: iPhone mini will stay for another year, but that doesn’t mean it will last much longer