Amazon’s latest Prime Day is in the rearview mirror, but for those still looking to get a better-than-usual price on a good gadget, time hasn’t totally ran out. Today’s Dealmaster rounds up the handful of Prime Day deals we liked that are still kicking today, be they from Amazon or the many other retailers that ran competing sales earlier this week.

While many of the most notable deals have expired, the leftover offers include a $100 discount on Apple’s entry-level—and Ars-approved—M1 MacBook Air; a $15 discount on a three-month subscription to Xbox Game Pass Ultimate, which just received a major upgrade to its cloud gaming service; price cuts for Amazon’s Audible and Kindle subscriptions; good prices on Switch games, board games, and SSDs we like; and several deals on Google’s Nest line of smart home gear, among others. We’ve also thrown in a few new deals that have popped up post-Prime Day. You can check out our full rundown below.

Note: Ars Technica may earn compensation for sales from links on this post through affiliate programs. 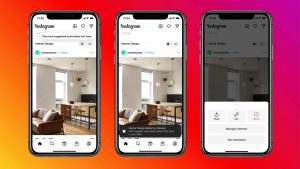