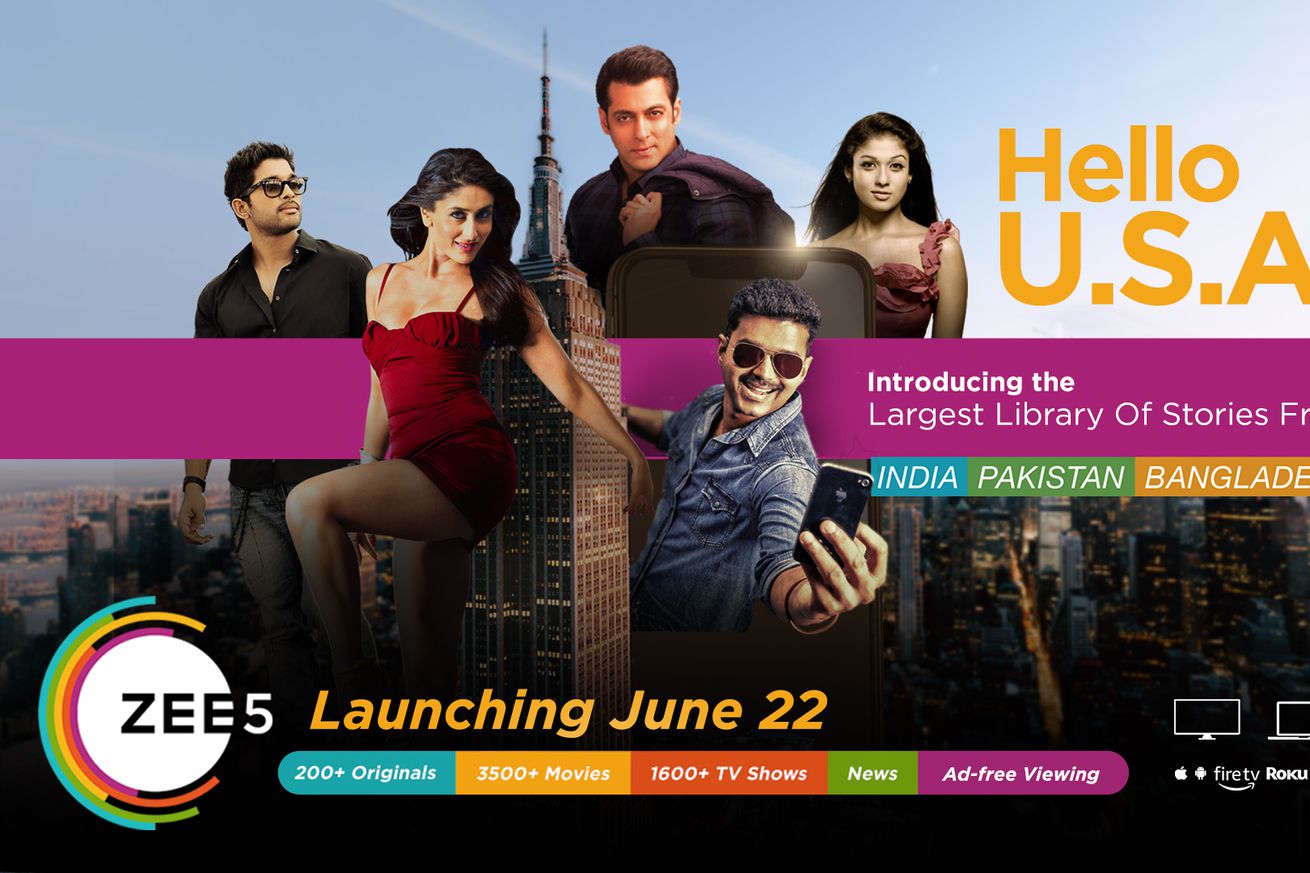 Zee5, a streaming service for South Asian content, is now widely available to all users in the US.

The service will bring 130,000 hours of Indian, Pakistani, and Bangladeshi programming to US audiences, including originals, music, Bollywood films, and health and lifestyle content, as well as more than two decades of popular TV shows. Zee5’s arrival in the US, which follows a beta test, will make it the premier destination for South Asian programming, with titles available in 18-plus languages.

While most content on the service will be available with English subtitles and some content is currently dubbed, Zee5 Global’s chief business officer Archana Anand told The Verge Tuesday that the service will likely dub more titles in English in…