Two dreaded coronavirus variants are swiftly overthrowing the previously most-dreaded variant in the US. Their ascendance is making experts worry that the country could see continued outbreaks and resurgences of COVID-19 unless the current sluggish pace of vaccination quickens.

Alpha—the variant formerly known as B.1.1.7 and first identified in the UK—swept the country at the start of the year. It’s estimated to be around 50 percent more transmissible than the version of the pandemic coronavirus, SARS-CoV-2, that mushroomed out of Wuhan, China, in 2020. Alpha’s rise in the UK last fall was linked to a surge in cases as the virus variant quickly accounted for more than 90 percent of cases there. Likewise, in the US, Alpha became the predominant strain in a matter of months this year and accounted for around 70 percent of the circulating strains by the end of April.

But according to fresh data, two other variants now threaten Alpha’s reign in the US: Delta (aka B.1.617.2, first detected in India) and Gamma (aka P.1, first detected in Brazil and Japan). Delta is considered the most concerning variant seen yet. Though vaccines are still effective against Delta, the variant is estimated to be 50 percent to 60 percent more contagious than Alpha, and evidence suggests that it may cause more severe disease. When Delta first appeared in the UK at the start of April, it rapidly overcame Alpha and now accounts for around 90 percent of cases. Gamma, on the other hand, is not such a rapid spreader, but it does slightly knock back the effectiveness of vaccines. 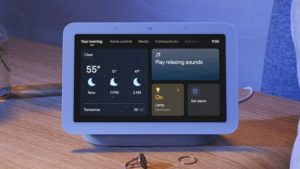