On Tuesday, the latest patch for the Marvel’s Avengers video game, developed by Crystal Dynamics, rolled out with a mix of feature updates, bug fixes, and gameplay and balance tweaks. But while today’s patch notes detailed most of these changes, one unexpected error popped up for some players: a new on-screen display, which can’t be disabled, that shows each player’s home IP address.

The news emerged primarily as Twitch game streamers began jumping into the game and hosting their sessions to fans, only to notice the line of text—which also includes the player’s console username (à la Xbox’s “Gamertag”) and other apparent numerical indicators—not only appeared on-screen but began bouncing around the top and bottom of the screen in a way that would prevent a streamer from easily cropping the details for privacy’s sake. In a rush to showcase the game’s new content to their Twitch audience, many streamers inadvertently revealed that information to their audiences.

The game’s social media account acknowledged the issue shortly after players began complaining about it, though they did so somewhat disingenuously by describing the IP address leak as merely “a floating string of text.” An hour later, the same social media account asked players to “refrain from streaming” the game for the time being while an internal investigation was being done. Shortly after, the developer owned up to the issue while saying that it was isolated to PlayStation 5 consoles. 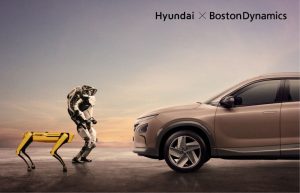