When Ring wanted to boost sales of it surveillance cameras and burnish its self-styled image as a crime-fighting company, it embarked on a brand-ambassador marketing campaign that would be familiar to many startups. But rather than chase down the Instagram influencers or beat bloggers, the company instead wooed officers at the Los Angeles Police Department.

For years, including during Amazon’s early ownership of the company, Ring gave no fewer than 100 LAPD officers free devices or discount codes worth tens of thousands of dollars, and possibly more, according to a new report from the Los Angeles Times.

Emails obtained by the LA Times through a public records request reveal Ring employees encouraging LAPD officers to “spread the word about how this doorbell is proven to reduce crime in neighborhoods” and offering freebies and discounts. 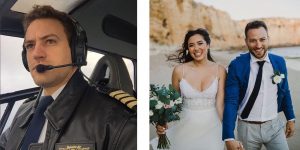