A fountain in Leipzig, Germany on June 18, 2021 | Photo by Sebastian Willnow/picture alliance via Getty Images

The amount of heat trapped by Earth’s land, ocean, and atmosphere doubled over the course of just 14 years, a new study shows.

To figure out how much heat the earth was trapping, researchers looked at NASA satellite measurements that tracked how much of the Sun’s energy was entering Earth’s atmosphere and how much was being bounced back into space. They compared this with data from NOAA buoys that tracked ocean temperatures — which gives them an idea of how much heat is getting absorbed into the ocean. 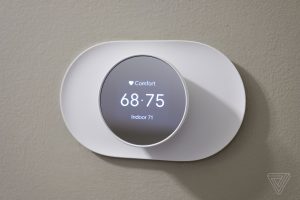 Previous post PSA: If you enrolled in an energy saver program, your smart thermostat may adjust itself

Next post HomeKit Weekly: Start the summer with HomeKit projects to improve the security of your home