The redesigned Siri Remote for Apple TV. | Photo by Chris Welch / The Verge

Apple’s new Siri Remote introduced a gesture that makes it easy to scrub through content by turning the control pad into a scroll wheel. But a number of Apple TV users noticed that the feature doesn’t work properly on some services, like HBO Max, or at all on others, like Disney Plus.

A spokesperson for Disney Plus confirmed to The Verge that the feature — one of the best on the redesigned Siri Remote — isn’t supported on its service. It’s not a service issue, though, but instead related to custom video players. 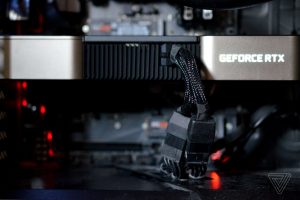 Previous post Nvidia and Valve are bringing DLSS to Linux